Last week I was contacted by one of my Tesla Motors Club friends, Brianman. He had my hat which was left at a barbecue down in Loomis when we were reveling in the glory that was TMC Connect. So he had my Teslive hat, and he wanted to meet up and give it to me as well as go questing for brew because he had a Tesla and it is the ultimate root beer questing machine. I knew of the perfect place, Boundary Bay Brewery & Bistro (or the BBBB as I have taken to calling it). I’d known of this place for over a year, and while I was able to use excuses of a train festival, a hockey game, a Tulip Festival, a Ferry Ride, and a state park to justify traveling to various local breweries with the family, I couldn’t come up with any reason to go all the way to Bellingham. I mean what’s up there? Death Cab for Cutie …’s … hometown? Yeah. But since there’s a supercharger close by a Tesla changes everything. And so on a gray Thursday evening we set off on our quest. After navigating copious amounts of traffic on the way, we arrived at our destination. We had to wait to be seated so we went to the beer garden to get pints of root beer. There was a live band and people milling about and hula hoops and it was a fun place, though the table was crooked as you can see in my picture of the root beer.

The Body is a dark and minty one. It’s a little spicy and doesn’t have too much licorice or wintergreen. The Bite is a little spicy and the fizz is good. The Head is short but foamy. It’s gone too quickly, unfortunately. The Aftertaste is a sort of minty licorice that doesn’t last too long.

So basically it’s a conservative dark root beer. Nothing bad, nothing exceptional. No chances taken, nothing lost. Drinkable, but only that. With the low head and dark flavor it’d make a good float, which is advertised on their menu. The food was wonderful. I had their Steamers, a nice plate of local, wild, Manila clams in a cream sauce with tomatoes and caramelized onions. I can’t claim that the root beer is a perfect accompaniment for this dish, but it is worth trying if you’re into clams. 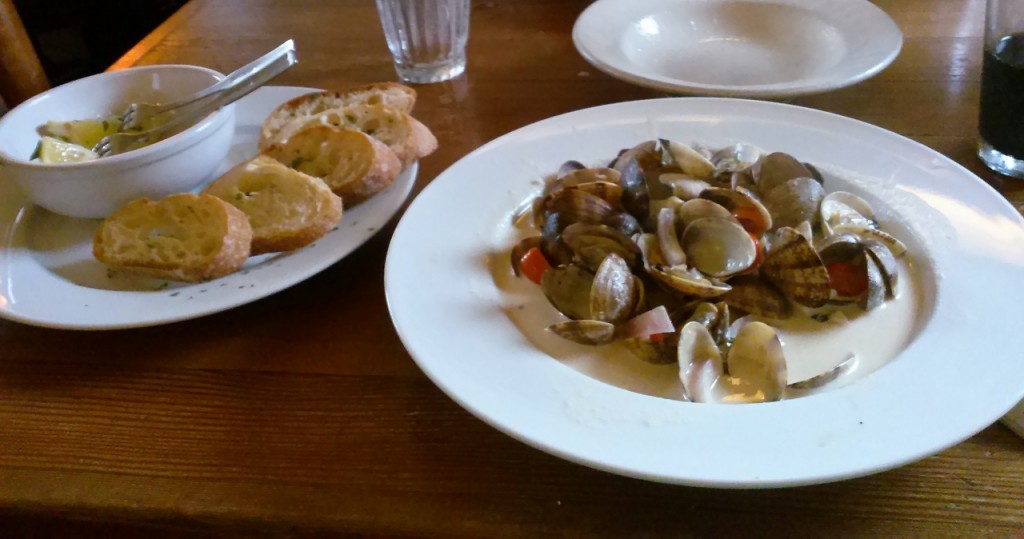 My dinner of steamers. So delicious. 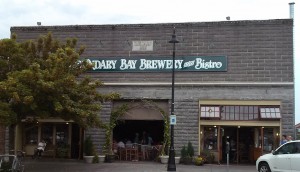 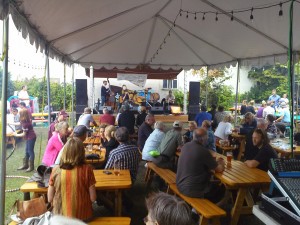 The festive beer garden. I wonder if Death Cab ever played here … Notice the hula hooping girls on the left.