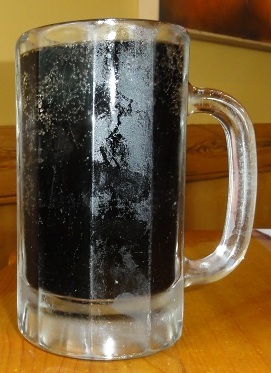 Way back in mid April my wife said that she wanted to go to the Skagit Valley Tulip Festival. It’s over an hour drive north so I said that I’d look into it. I immediately started looking to see if there was any breweries with root beer. Ironically, the Skagit River Brewery was right there, but I’d just reviewed it a mere two weeks before. None of the others seemed to have any but I sent out emails. La Conner Brewing Company responded that they made their own and served it tapped out of the brew vats. Well that settled it, we were going to Tulip Festival! We took the morning and went to Tulip Town and I was completely amazed at the acres and acres of blooming tulips. The day was beautiful and we spent several hours walking in the field and took a tractor ride. Then we drove another 10 minutes, past more tulip fields, to La Conner for lunch. The first thing I did was order a root beer, no ice, lots of Head.

The Body is very mild and fruity with a little spice. It isn’t watery, it just doesn’t really have much flavor if that makes sense. The Bite has just a little spice and some sour carbonation coming up but not much. The Head doesn’t exist, at all, and there is even low carbonation as well. The Aftertaste is sugary and sour that vanishes quickly.

Ew, seriously? That’s their root beer, it’s just bad, weak, fruity, and sour. Why did they put sourness in it? And why no Head? The waitress said that it’s more of an old fashioned sarsaparilla type root beer with low carbonation, but last time I had a sarsaparilla, it tasted good. Even their root beer float, which I hesitantly ordered for the children at their insistence, was bad. Fancy vanilla bean ice cream could do nothing to improve that flavor. What kind of root beer can’t be improved with vanilla ice cream? Horrible root beer, that’s what. The food was pretty good, especially the fish tacos, but it was overpriced. I can’t really recommend this place to anyone, though do check out the tulips if you’ve got a chance. 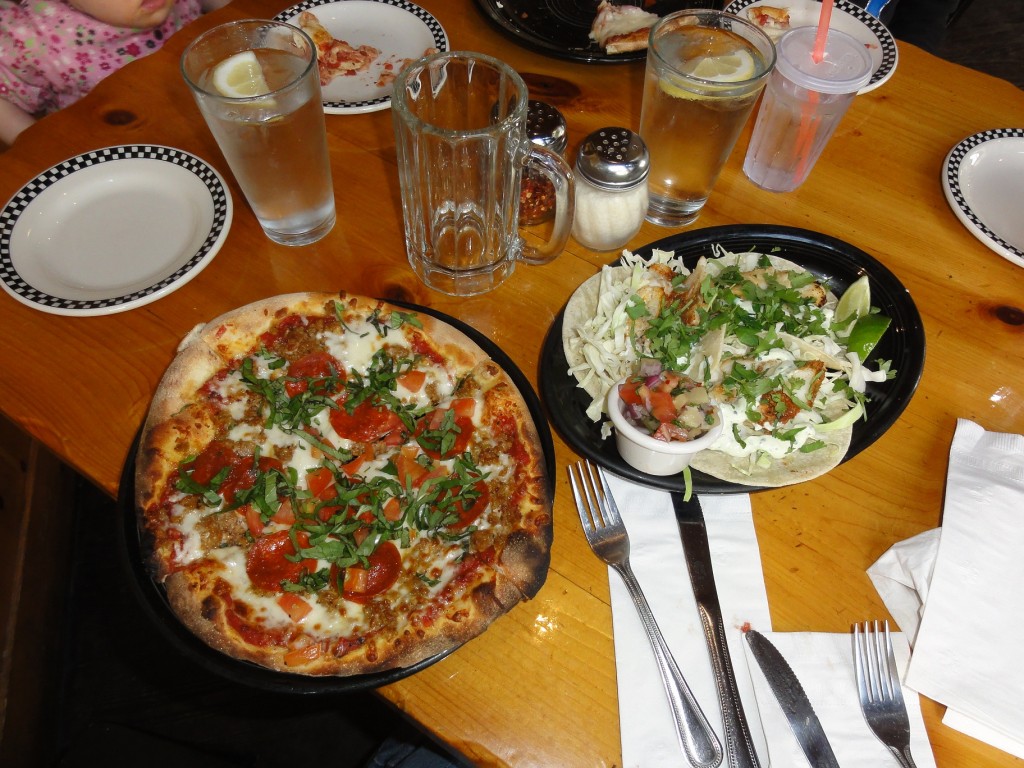 Fish tacos and wood fired pizza for lunch. Pretty good but over priced.

The my wife and daughter in the tulip field in all of its glory.