Another root beer candy from Pennsylvania Dutch Candies. I got this candy stick from my son for Christmas. I generally prefer candy sticks over rock candies as they have other ingredients than just plain sugar, so they have better texture.

It has a nice minty root beer flavor. It isn’t overly strong but wintergreen is by far the prominent flavor, especially if you bite it, but if you just suck on it the root beer is more balanced. All in all it’s fine as a candy unless you don’t like much wintergreen in you root beer.

It’s a good candy stick, pretty generic as far as they go but not bad in anyway. There’s not really a ton to say about a candy stick from a company I’ve already written about, other than it doesn’t really disappoint, which is really all you want in a candy stick. 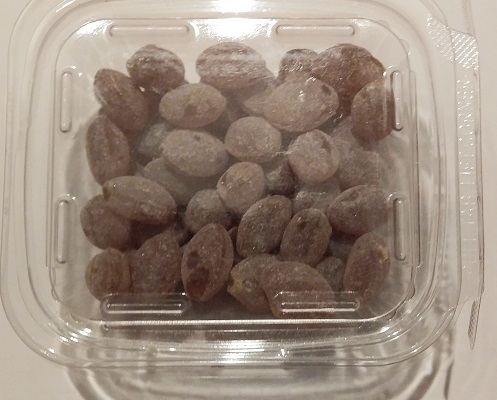 Last Christmas my son gave me some different root beer candies that I hadn’t ever had. He found them at Fresh Thyme, a sort of organic “farmer’s market” that sells the sorts of things you’d expect from that type of place. In their candy section they have several types of old fashion candies including these root beer drops. As far as I can tell, they are actually made for Fresh Thyme, so that’s what I’m saying the brand is. They are only my second root beer drops ever, so I wonder just how different they are from the first.

The nice sugar dusting flavor gives way to a rather generic, minty root beer flavor. The more you suck on it, the stronger the wintergreen flavor grows, to almost overpower the root beer. It’s not bad though, just not as good as it could be.

They’re slightly different, I would say, not as good. But it’s really hard to have a standout or an utter failure amongst root beer hard candies. That said, I probably would never buy them again, but at the same time if someone gave me some, I wouldn’t be upset.