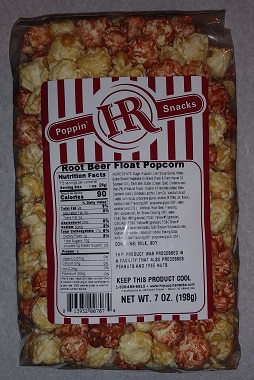 The root beer flavor is subtle and spicy with a noticible wintergreen flavor. The vanilla flavor is very sweet but not a lot of vanilla. Together it sort of resembles a root beer float, but not really. It’s sweet and salty crunchy, but lacking in its root beer and floatiness.

Yeah, this rather falls flat. It’s not particularly bad, but not really good. I’d pass on this and get the Sprecher one any day if the choice were available, and if not, I’d just pass on this all together. Their other flavors are probably better, but don’t waste your time on this stuff.