So I unexpectedly found myself in San Francisco a few weeks back to meet some people about some … important stuff … We were scheduled to meet at some Italian place called Il Fornaio. When we got to the parking lot (which had individually metered spaces which only took quarters) the first thing that I noticed was across the street was the Steelhead Brewery. Dang, why couldn’t we have scheduled lunch there? I love Steelhead Root Beer. But after our lunch we were meeting someone else and I knew just the place to do it. When we got there I ordered a root beer and as I drank it I realized that it was quite different than the bottled stuff. The menu even confirmed it. I ordered another one and commenced with the review.

The Body is dark and spicy with an anise and wintergreen flavor. There’s not too much anise, thankfully. The Bite lives up to its name though it has a nice smooth finish. The Head is nice and tall and fizzes away at a medium. The Aftertaste more licorice and a bit of wintergreen and cloves.

This is probably my favorite take on this genre of dark and spicy brews, but the anise flavor was just a little too strong for me in the second glass. I wanted a third glass to really figure out what rating to give it, but the waiter never came back to ask if I wanted anything else, so I’ll just go with the lower review of what I was thinking of. This is a pretty good brew by all accounts, but not as good as their bottled recipe. 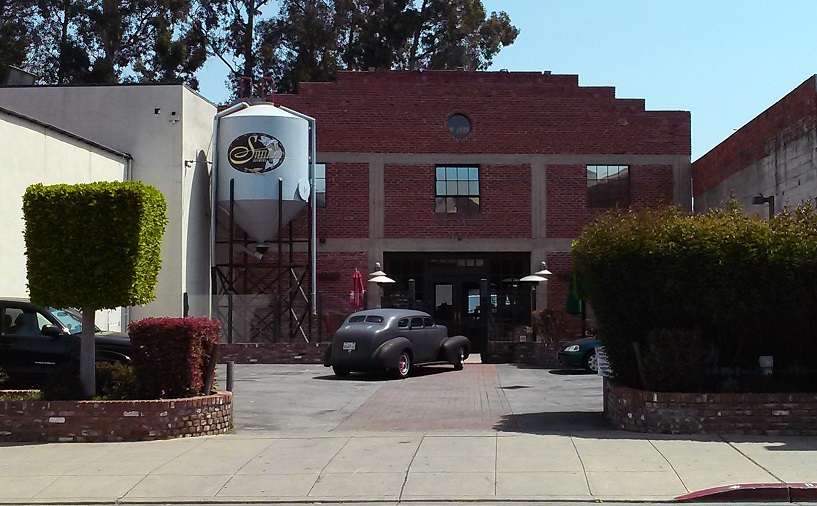 The view from the parking lot. 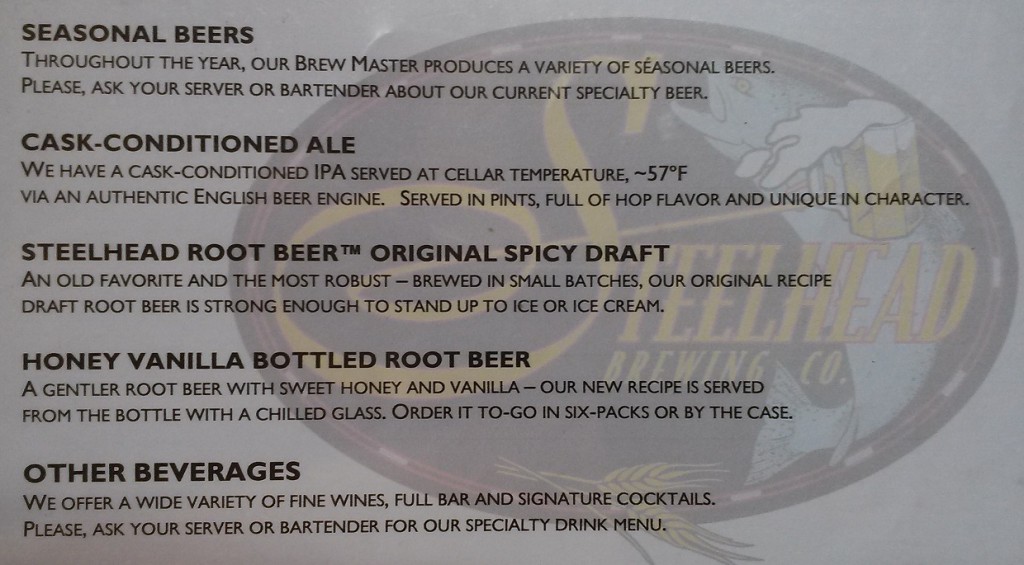 The menu, proving this to be a different recipe than the bottled brew.