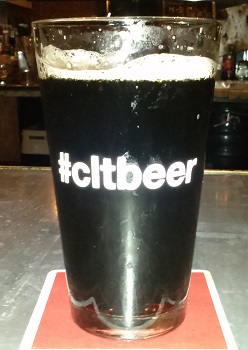 Last week I was in Charlotte again on business. It was a rather unexpected business trip and as such there were no downtown hotels. We usually get a hotel in Uptown and walk to the meetings. Instead we rented a car. This got me thinking that maybe there was a brewery out further that had some root beer. I searched and the only clue I could find was a Yelp review of Heist Brewery mentioning they had a sarsaparilla root beer. The website was not helpful in confirming the existence of the brew, nor was their menu. Nevertheless, when the boss, who was driving said that he really needed a beer, I suggested we try Heist. When got there the restaurant had closed and only the taproom/bar was open. I asked if they had root beer and they said they did. I asked them the name and they said Sarsaparilla Root Beer. I asked if they had a pen and I grabbed a little paper take home menu. Thankfully my phone has a decent camera.

The Body is dark and minty with a prominent sarsaparilla flavor (who would have guessed). Despite this it still tastes more like a root beer. There’s a good spiced Bite, but the carbonation is very weak. It has a nice smooth mouth feel, though. The Head is pretty poor. It’s very short, though it lingers for a very long time. If only it were taller. The Aftertaste is sort of a creamy mint that lingers and has slightly bitter notes.

All in all it’s a pretty decent brew. There’s nothing wrong with it’s flavors but it needs a more Head and a little more carbonation fizz. It will still go great with food. It seems that they have some really great stuff on the menu, but since we had showed up after the kitchen closed, we couldn’t really try anything. What a shame. 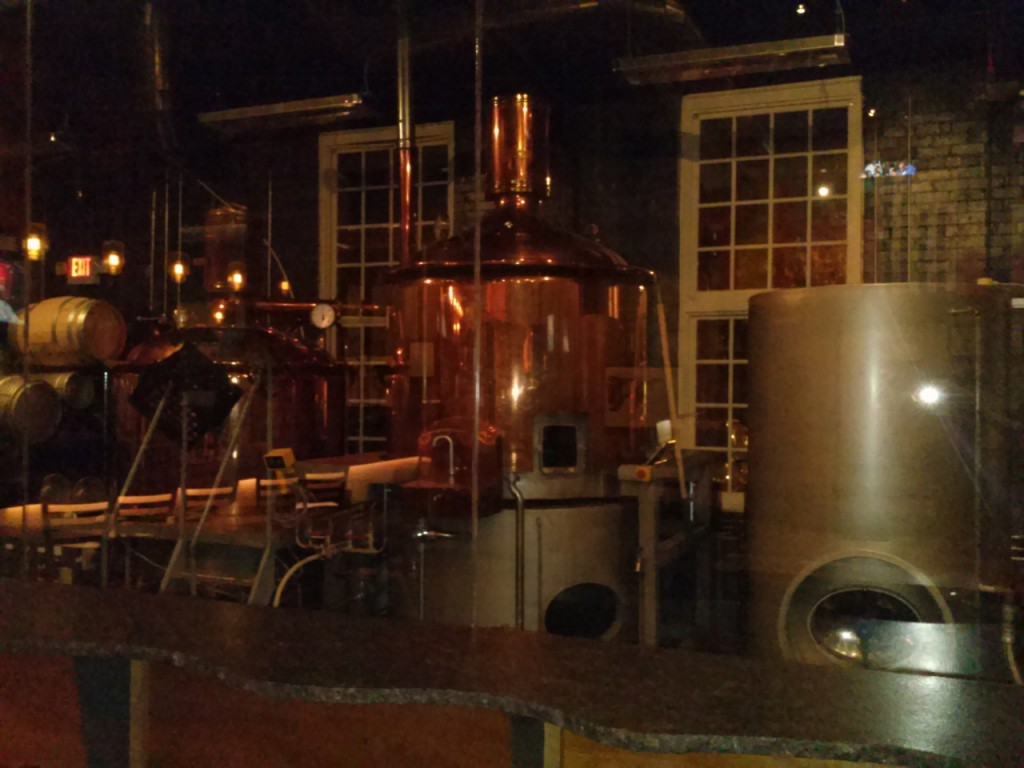 Some of the brew vats.