So back in March I found myself in Salt Lake City again to give another seminar on electric vehicles. This time it was at the University of Utah. I’d hit the area pretty hard back in February but was certain that there was some gourmet root beer left to be found. Sure enough, a devoted web search revealed Red Rock Brewery where they make their own root beer and cream soda. As soon as I landed and got the rental car, I knew where I was heading. I took a seat at the bar and ordered a pint, no ice, lots of foam.

The Body is dark and spicy with some mint. It isn’t really sweet and has a stronger licorice flavor than I prefer. The spices make for a strong and solid Bite when mixed with its carbonation. There is no Head, none whatsoever. The server said it was a “foamless tap” but I don’t buy it. I saw beers with foam. The Aftertaste is a light wintergreen and licorice that turns bitter at the end and not in a good way. This bitter lasts far too long.

This isn’t my favorite flavor and the bitter at the end really turns me off. Plus, no Head, a travesty of travesties is a draft root beer incapable of building a Head. I won’t be drinking this again, ever. The food on the other hand, could make me come back. I asked the bar keep what he recommended and he said their caramelized onion New York steak sandwich was amazing, and it was! Melted cheese on the top, delicious caramelized onions over my sliced, medium rare steak with onion soup for dipping. I got a refill, of cream soda that is. No need to ruin dinner after all. 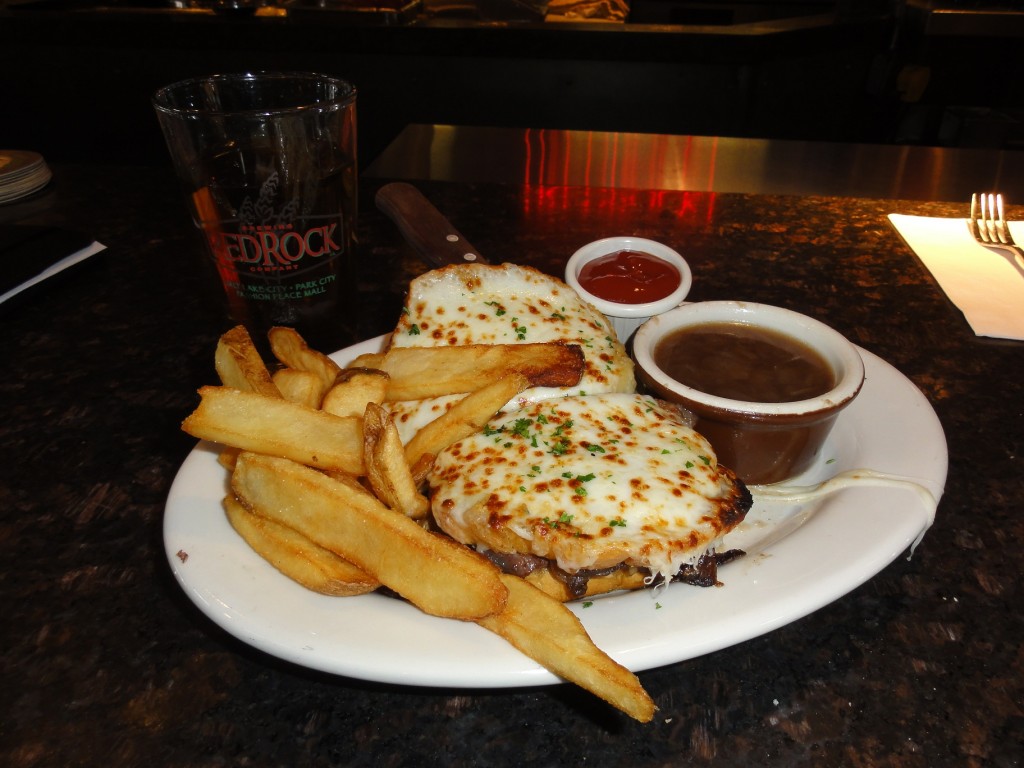 My amazing steak sandwich and fries and cream soda. This picture can’t even begin to describe the deliciousness.