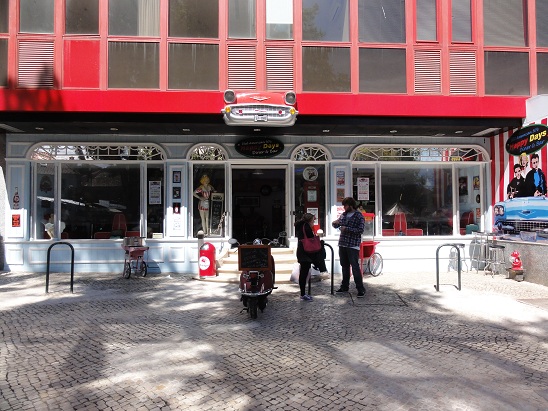 So the last two weeks as I traversed the land of the Lusitans, visiting in-laws and showing off the new baby, I personally quested to see if root beer could be found in the rather ‘dry’ continental Europe. I know that there are British and Australian root beers but I’ve never heard of it in any other country outside North America. While a Portuguese brand seemed far too unattainable, I wondered if I could at least find an American or British brand imported. That way, thirsty American expats could at least enjoy the most wonderful of drinks.

After a week and a half of fruitless searching, I was in Cascais, a tourist beach town west of Lisbon. We had just seen a really cool coastal landmark called Boca do Inferno and finished a nice lunch in the center square. As we walked across the square I noticed on the opposite side the restaurant “Happy Days” an “Ital American 50’s Diner and Bar” If anywhere should have root beer, such a place should. I went in and looked at the drinks behind the bar to see, and there it was, like a grail shaped beacon to a questing knight, root beer! A&W in cans.

So root beer found, victory! Well, I won’t drink it, I don’t drink root beer in cans after all, so defeat. But, for any American, or anyone who loves a decent root beer and doesn’t mind it in a can, staying Portugal, here is where you can get it:
Happy Days Diner and Bar
Edifício S. José, Loja 3, Jardim Visconde da Luz
Cascais · 2750-416 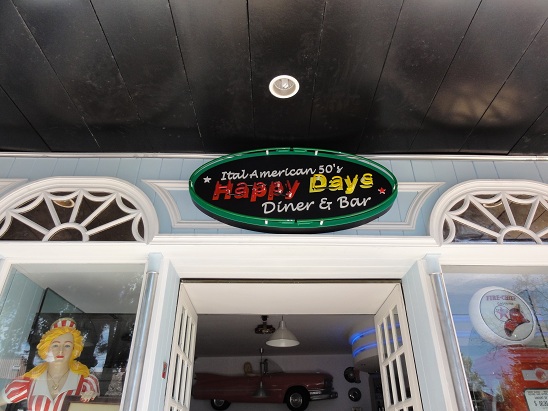 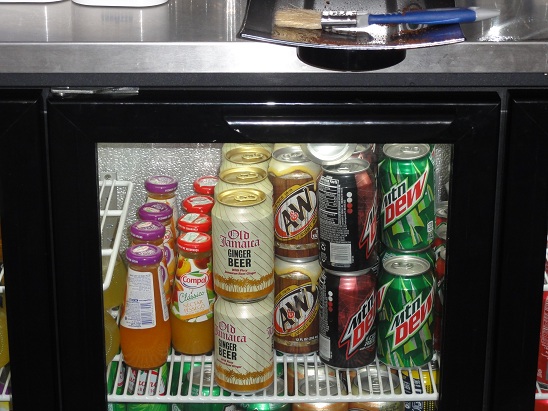 There it is, next to the Old Jamaica Ginger Beer and the Compal