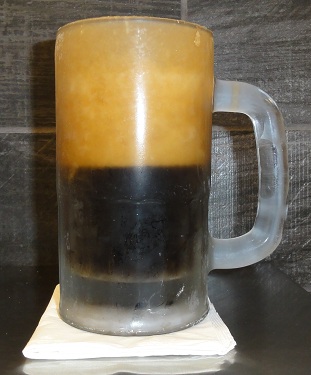 I was visiting Salt Lake City to give a presentation on electric vehicles and vehicle-to-grid and I had to drop by and check out the local root beer stand. Started in 1959 it was originally a Hires Drive-in, but after the owner died, they were forced to change the name so they added Big H to it since he only had a verbal agreement with Hires to use the name which wasn’t enforceable after none of the people involved in said verbal agreement were alive. Everything else is identical to how it was, including the root beer, so this is really one of the few Hires root beer stands left in the US. They have three in the area. Interestingly, they also make their own root beer concentrate, Hires Big H, which is a different recipe. Why they don’t sell both side by side is beyond me but whatever. It is the classic 1950’s diner with car service still available. They ask you to have your lights on if you’d like car service in the dedicated parking area. They serve the standard diner foods with signature burgers and a secret fry sauce. It’s pretty cool.

The Body is spicy and caramely with mild licorice hints. It isn’t very creamy, more of a dark flavor, but it isn’t overly strong so it’s quite refreshing. There’s an ok Bite from spices and carbonation. The Head is very tall when you ask for it that way but it fizzes down a little quicker than I prefer. The Aftertaste is a light spicy caramel with the fainest licorice tint to it. I really wish the whole thing were stronger.

This is a solid and refreshing brew but it doesn’t really have anything extra special to move me, and it’s a little weak for my tastes. But it’s good to get some Hires since my petition to get them to bottle it seems in vain. It does go well with their food. The fry sauce is yummy and their pastrami burger was amazing. The extra tall Head pushes it barely in to 3.5 territory, so it’ll probably be the low cutoff for that. The service was extra nice too, so I do recommend dropping by if you’re in the region. 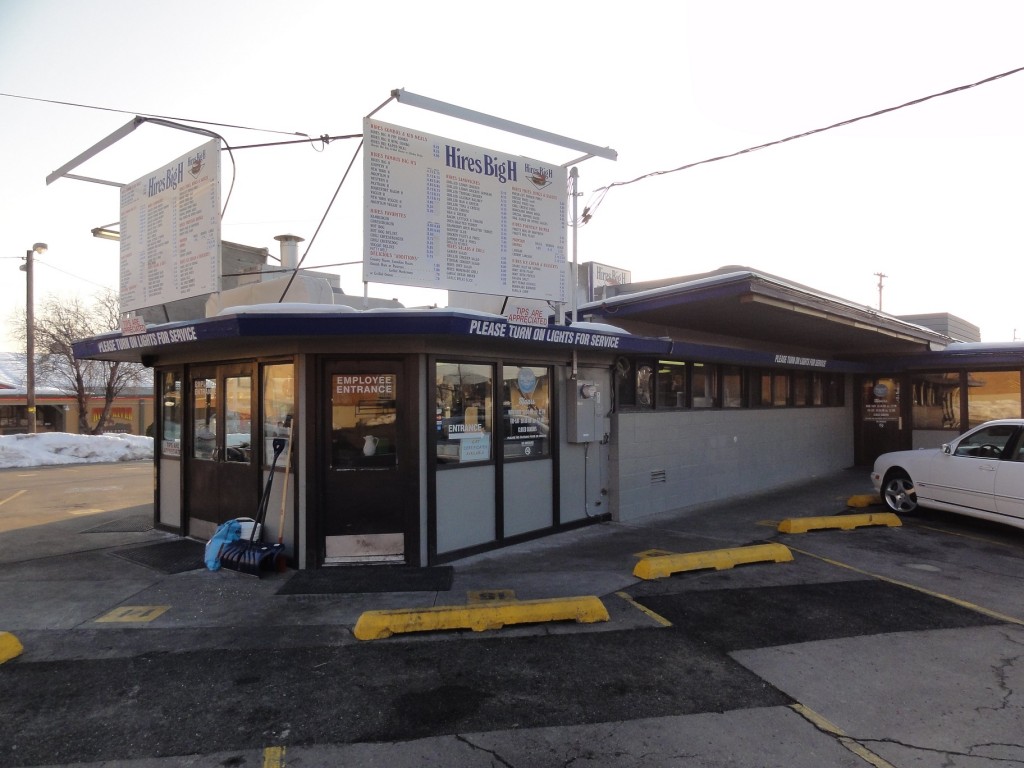 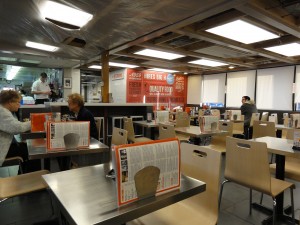 The inside of the diner 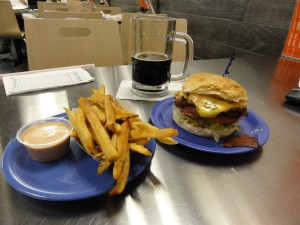 “Pastrami H” burger with fries and their secret fry sauce