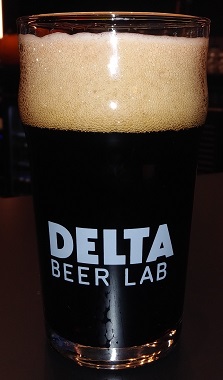 Last week I was in Madison, Wisconsin doing what I do best, working and finding root beer in the evenings. Madison is kind of a disappointment in that regard, for while they have cheese aplenty, and many small craft breweries, the amount of root beer in said breweries is rather lacking. Which strikes me as odd since cities in Minnesota with half as many people will have multiple craft root beers on taps just waiting for me to try. But it took quite a bit of searching for me to find one. To be fair, a lot of places do have Sprecher and Baumeister on tap there, and fine brews they are, but still, they can do better. But anyways, Delta Beer Lab was started only in February of this year by a couple of brewery veterans who’d worked their way up. One of them even was head brewer at a place in Minneapolis. Perhaps that’s why he, unlike so many others in Madison, decided to do a root beer. The brewery itself is like a chemistry class/lab, which is fun, as you can get little beakers and flasks full of brew. They are also very socially progressive there, take that as you feel inclined, which includes refusing tips and just paying their employees a living wage with benefits. I loath paying tips (just tell me how much it really costs) so I can get behind that. But more importantly, can I get behind the root beer?

The Body is mild and pleasant but not as sweet as most root beers. There’s sarsaparilla and vanilla flavors that make it taste rather Barqsy. The Bite is light on spice, solid on carbonation. The Head is nice and tall and foamy. The Aftertaste is a mild sarsaparilla with vanilla that ends with a fruity tinge.

It’s a decent brew, not worth a pilgrimage on its own, but if you happen to find yourself there with your friends, you won’t be regretting your purchase, which is more than I can say for a lot of root beers. 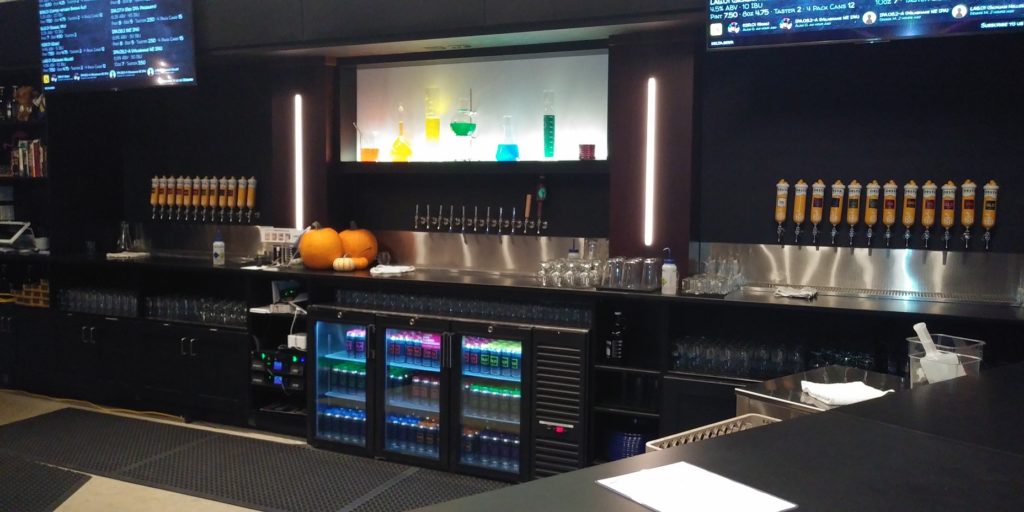 The Delta Beer Lab Bar. It makes the science nerd in me happy.