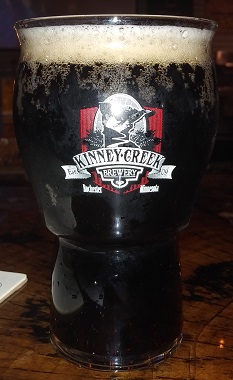 After my trip to the flow stone filled Mystery Cave, we had to drive back through Rochester, so I figured we should get another root beer. I wasn’t actually looking for two root beers but when I was searching for the name LTS Brewing Company before we left, Kinney Creek Brewery showed up in the top hits and then I knew there were two (at least) breweries in Rochester with their own root beer so I couldn’t resist trying both. Kinney Creek was started in 2012 and was the first brewery in Rochester since prohibition. Evidently the city still clung to very restrictive alcohol laws which kept breweries out. But the owners wanted to make beer, and they also acknowledged that not everyone wants beer so they made a root beer. And then the brewer visited Hawaii and found that breweries there don’t make root beer for the most part, but do kombucha, so he added that too. Their taproom is full of games and rustic wooden furniture and is quite the fun spot to hang out while you sip your brew. I don’t know why it’s called Rah Rah Root Beer. I didn’t ask. I should have asked.

The Body is very sweet with prominent sarsaparilla and vanilla flavors. It almost trends into fruitiness but not quite. The Bite is mild and smooth. The Head is medium height and solidly foamy. The Aftertaste is a sarsaparilla flavor that builds and builds as you drink it.

It’s a really good sarsaparilla type root beer that just needs a little more oomph to push it over the edge. But it’s still enjoyable enough and I tip my hat to the intrepid brewer who opened Rochester to craft beer and by so doing brought out more craft root beers. So stop by and raise a pint to the man who made it possible. 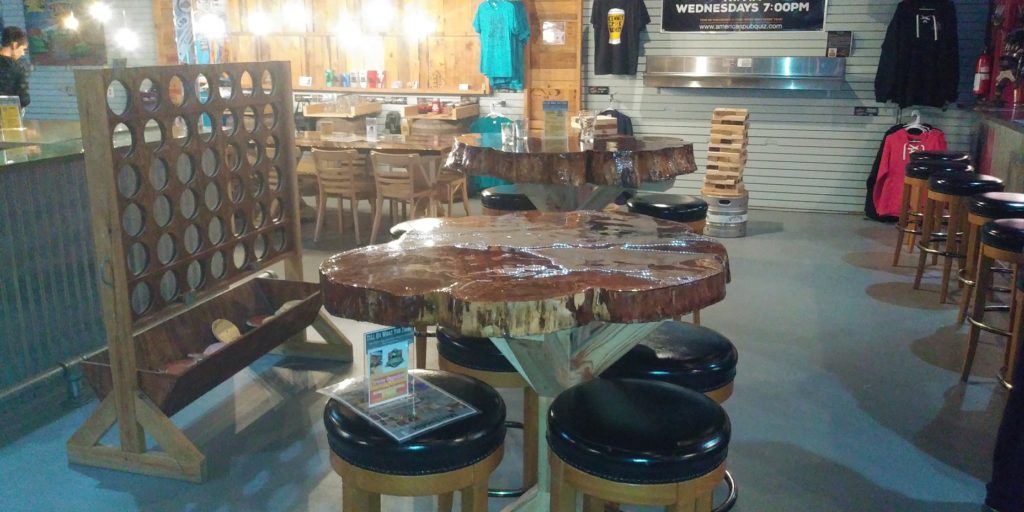 Part of the Kinney Creek Taproom. Lots of wood and games and wooden games 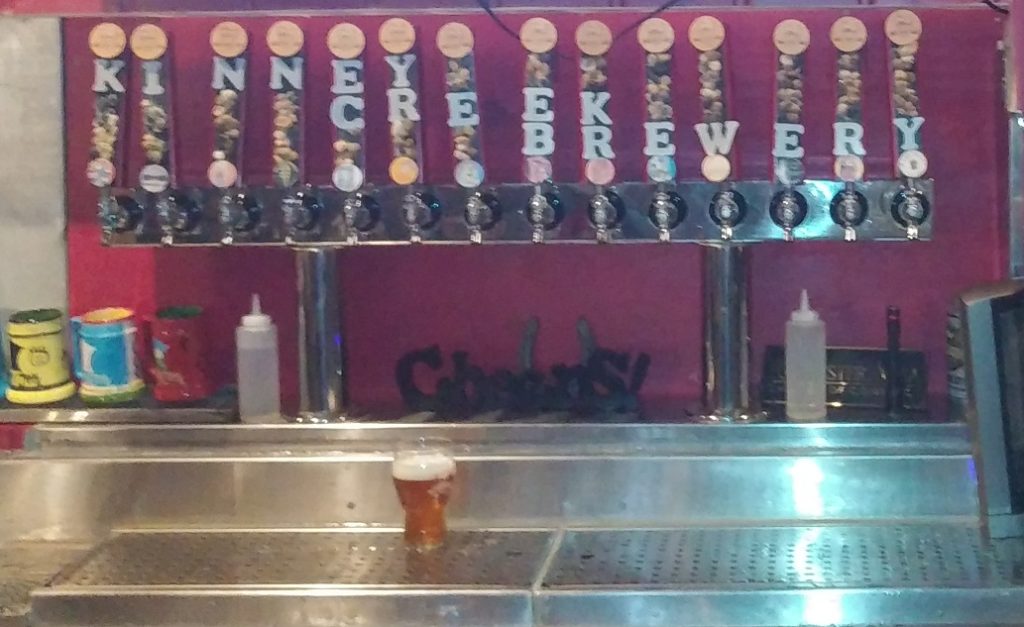 The Kinney Creek taps. I like how they spell out Kinney Creek. Root beer on the far right.