Two weeks ago I took a nice long vacation and went and visited my parents back in Central Washington. We took the train which I highly recommend. One of the days we went to visit Ohme Gardens in Wenatchee, which is a lovely alpine garden with lots of trails and fountains and ponds and streams and the like. Very picturesque. But since it’d been awhile since I’d been there, I did the search and you know what’s coming, Root Beer! I started calling breweries, and stopped as soon as I started, because the very first place I called, Badger Mountain Brewing, said they did, in fact, make their own root beer. Where to eat for lunch was settled! Badger Mountain Brewing was started in 2012 and has produces nearly 2000 barrels of brewed stuff a year. They also have a restaurant in their tap room with some of the most epic food imaginable, which I’ll get to in a bit, but first, the root beer.

The Body is earthy and isn’t overly sweet for a root beer. There’s a sarsaparilla and anise flavor in there as well, but not in a bad way. The Bite compliments the Body well, with cinnamon and nutmeg giving a nice kick. The Head is medium tall and foamy and lasts. The Aftertaste is mild anise and sarsaparilla.

So, it’s kind of the whole herb tea type root beer, but not far enough outside the “normal” spectrum to still be a good root beer, not a Seal, but good. It pairs exceptionally well with food too, which is nice, because as I said, this place has amazing food. I had their signature Badger Burger, which was a patty of brisket and bacon, with onion strings and beer cheese sauce on it. It was unbelievably delicious, and I’ve had a lot of the brewery burgers. The fries are fresh cut and super good as well. This place is definitely worth visiting, for the food alone, with that nice root beer the cherry on top to seal the deal. 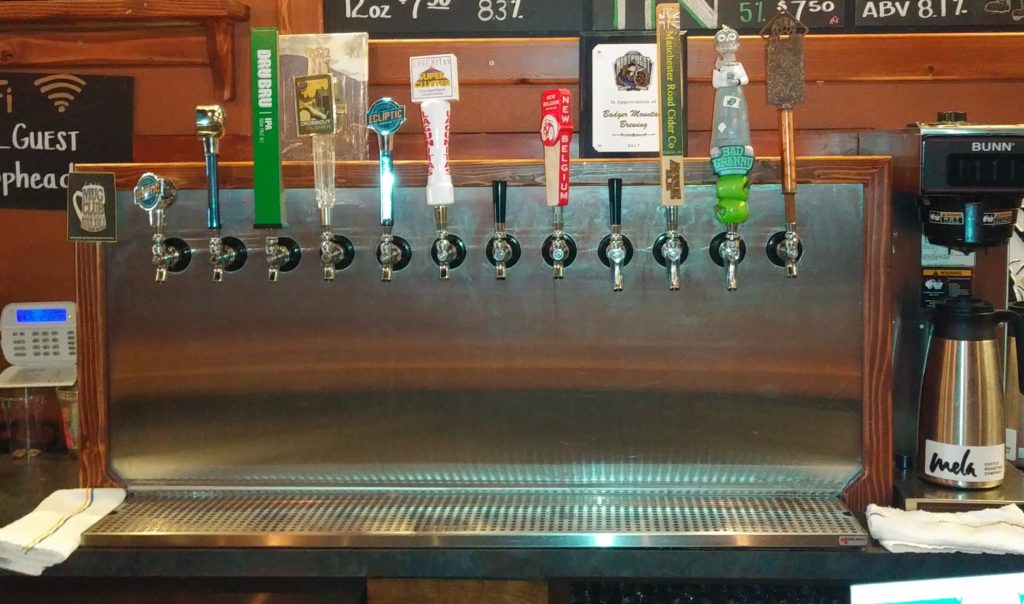 The Badger Mountain Brewing Taps. The root beer tap is the far right. 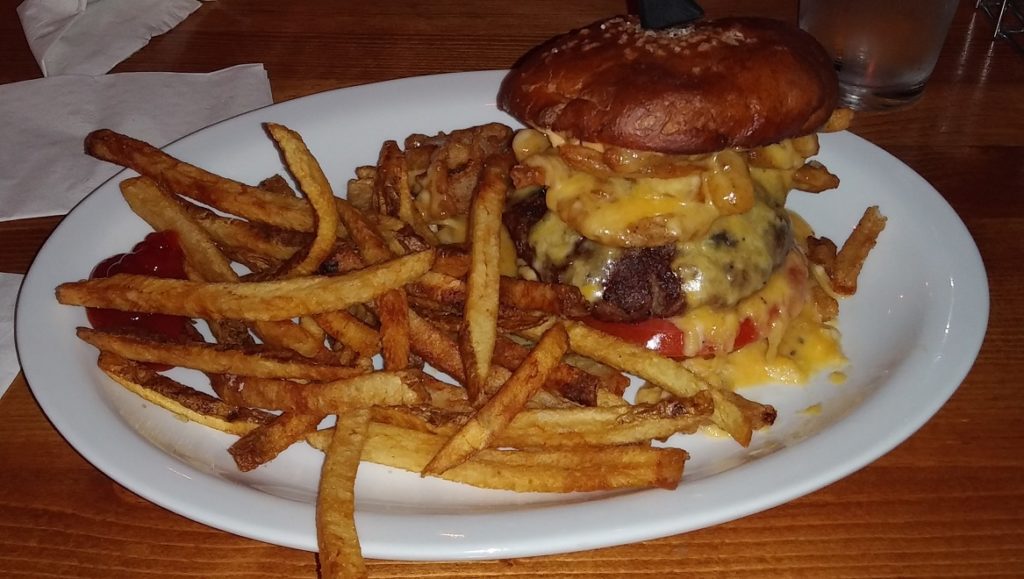 The Badger Burger with fries. Words cannot adequately describe how good this is.