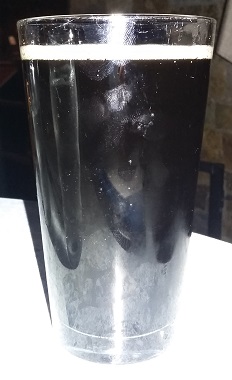 Last week I was in Sacramento for work, meeting with the local utility as I’m wont to do these days. Now if you’ve kept up with this blog, you’ll know that Sacramento is a city that has quite the storied past with me, though it’s been the first time I’ve been back there in around five years. On top of visiting relatives, I needed to hit up a brewery for root beer. Not any brewery would do, however, I was looking for River City Brewing Company, not to be confused with River City Root Beer or the other River City Root Beer. This brewery and I go way back, back to the first year of my gourmet root beer loving, before I even launched my site. I tried it when we were in Old Sacramento 20 years ago. I thought it was amazing. The next year when I had started the site, I was back and tried it again, but they put ice in it and it tasted not so good. So for 19 years I’ve been wondering, just how good is this root beer, really? The brewery has since moved, from the mall by Old Sac, to Carmichael, which was right by my hotel, making this even easier. This time I remembered to tell them no ice. I wasn’t going to repeat the mistake of 19 years ago.

The Body is sweet but not overly, and rich as well. There’s a little bit of vanilla complimenting a solid core that is well balanced. The Bite is very mild, there is really no discernible spice to it and the carbonation is low. The Head is short but foamy and lasts. The Aftertaste is a mild fruity sarsaparilla sort that doesn’t really do it for me, though it doesn’t really ruin it either.

This is a solid brew that almost pulls it off, not quite, but so close. It’s not as amazing as I remember my very first time being. I have had about 350 root beers since then which gives a bit more perspective. But, it’s still really good and has a uniqueness about it to be worth a visit if you’re in the area. I didn’t have time to try any of the food so I can’t comment, but if they cook like they brew, it won’t be disappointing.