Last week I flew to Billings Montana for a job interview. That’s right, I’m thinking of changing careers. So I was out there to interview and since I needed to buy lunch I figured I’d try to find a root beer. I’d looked up and found the Montana Brewing Company before I arrived, but the path there was fraught with disaster and setbacks, like accidentally renting a car in the middle of town instead of the airport, to trouble with the GPS, to finding parking. All of this had to be done to give me enough time to eat before my interview. On the way I saw a broken box in the middle of the road with loads of wrapped chocolate bricks littering the road. I almost stopped to pick them up, but then remembered, root beer is the focus. Speaking of which, the Montana Brewing Company. I don’t know how long its been there, they don’t say on their website and I forgot to ask, but I do know that it is the most awarded brewery in Montana. So they must do some good stuff there.

The Body is a little mild, with a classic, soda fountain flavor. It’s almost creamy with hints of vanilla, but nothing else strong. There’s a little Bite from spice and the carbonation is almost too harsh. The Head is okay, but on the short side and fizzes away too quickly. The Aftertaste is light wintergreen and cane sugar.

This is a pleasant, but entirely forgettable brew. Nothing special, yet nothing bad. It’s good enough to drink with your lunch, though. I had their Holy Cow Dip sandwich with sweet potato fries. This was also good but not super amazing. So this whole thing was good, but not really worth a pilgrimage. 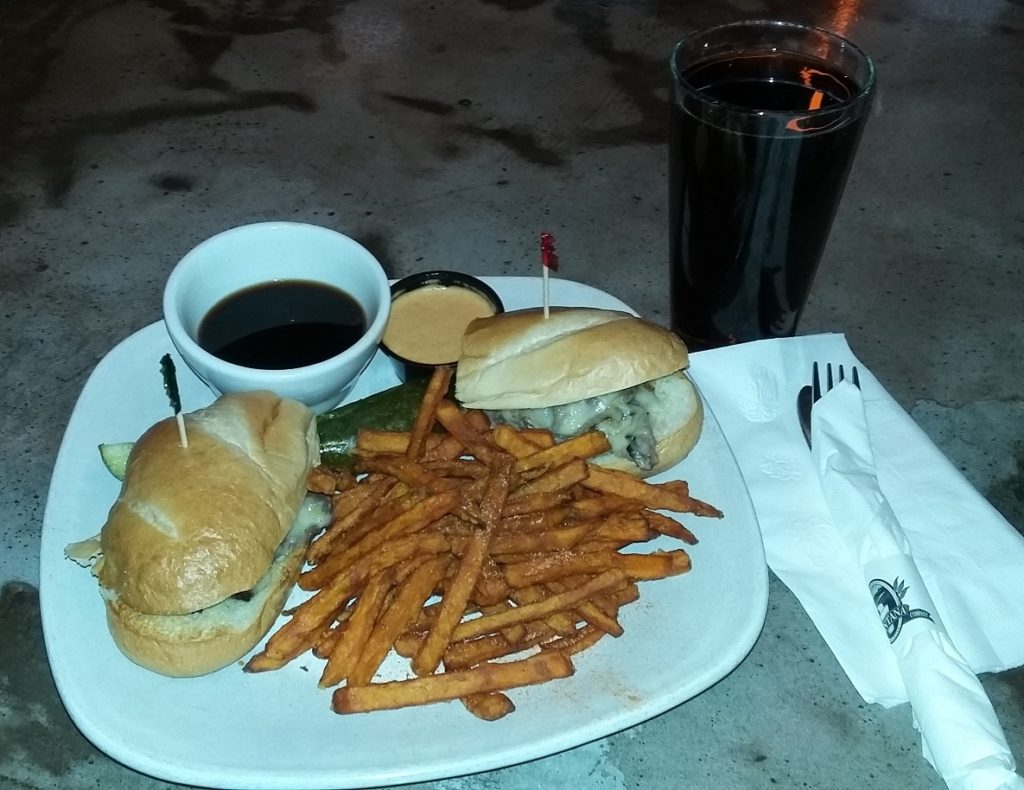 My lunch, the Holy Cow Dip and sweet potato fries. I’m not sure why it’s called what it is.

The Montana Brewing Company taps. The root beer tap is the far left. 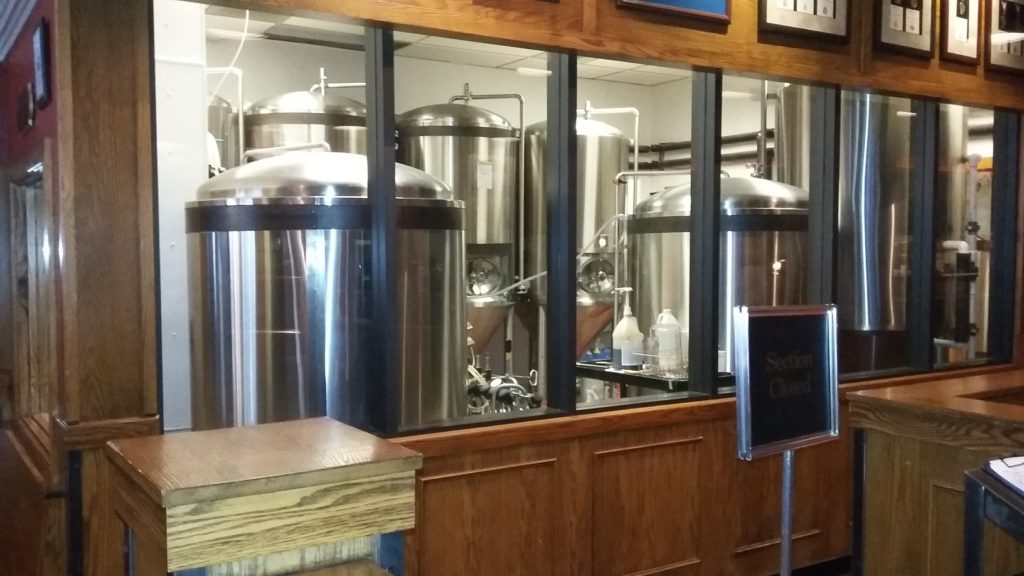