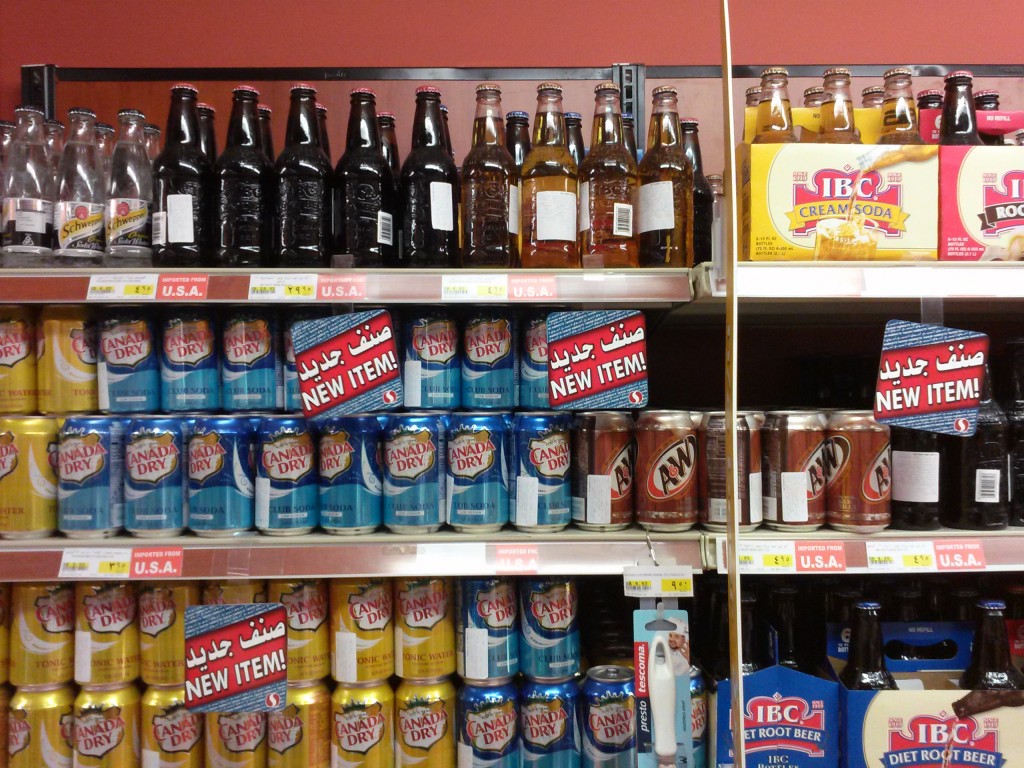 This last week I had the immense pleasure of traveling to Dhahran in the Kingdom of Saudi Arabia to do more electric car academic things, presentations and a thesis defense. I of course was on the look out for the greatest soft drink the world has and ever will known/know. I was simultaneously hopeful and worried. Hopeful, because all alcoholic beverages are banned and so many beer companies make 0.0% malt beverage to sell there, and worried because none of my Saudi friends have ever liked root beer. And also because the internet filter put on by the government blocked my site. I assume it is due to the “beer” in the title of Eric’s Gourmet Root Beer Site and all of the talking of root “beer”. I did send an unblock request explaining the misconception so hopefully it will be taken care of soon. Either way, it didn’t bode well for root beer finding.

I searched in every grocery store and cafe I encountered, and while I did find many new and strange sodas and malt beverages, root beer eluded me until the second to last day. I had gone to Safeway in search of a post card (also something nigh impossible to find). In the soda section I saw cans of imported A&W, my heart was swollen with joy, but not as much as when I turned the corner and saw another display with bottles of IBC. A drinkable gourmet root beer in a regular grocery store. A most triumphant win for the good people of the Kingdom this is. With any luck it will catch on and they’ll start making their own version for me to review. Until then, all root beer lovers heading out that way for extended periods of time can rest easy in the knowledge that some gourmet brew is awaiting.