A week or so ago found me in Denver because, electric vehicles (EVs). I’m sure it’s no coincidence that those also happen to be my initials, but rather a higher power at work. Anyway, I was there and was talking EVs with other EV experts doing EV things because we’re going to change the way you drive and save the world and what not. When all was said and done I found myself with a rental car (non-EV sadly) and four hours before I needed to be at the airport. Since all of my expenses were being reimbursed (and even if they weren’t) I decided to go a questing for brau! I quickly searched Google maps and found Wyncoop Brewing Company. I called and when they said they had their own house root beer I jumped in the car, set the GPS, and was off! It was only when I arrived in downtown and saw the multitudes of Rockies fans heading to the nearby stadium that I realized I may be in for some problems. Parking problems. The brewery doesn’t have its own lot and everything was labeled as event parking at a flat $25. I finally found a garage a few blocks away with the much more reasonable $2 every 15 minutes. I decided to skip the meal at that price, and ran to try the root beer.

The Body is very weak, slightly sour, and fruity. There’s a nice aroma like it would be a full creamy root beer, but when you drink it’s airy if that makes sense. The Bite is rather non-existent, though it is very smooth. The Head is a decent height with good staying power. The Aftertaste has the slightest hints of caramel and vanilla, like the ghost of a delicious creamy root beer.

So I’m not sure what was going on, but they brewed one terrible brew. Maybe it was the high altitude affecting my taste buds, but despite smelling good, it had no depth and was watery. Definitely glad I didn’t stick around. Though it will always bother me a bit that I didn’t get to try any of their food, the parking was too much, the root beer too bad, and there were other root beers to try.

The Wyncoop Brewing Company Taps. Notice the Root Beer at the back. 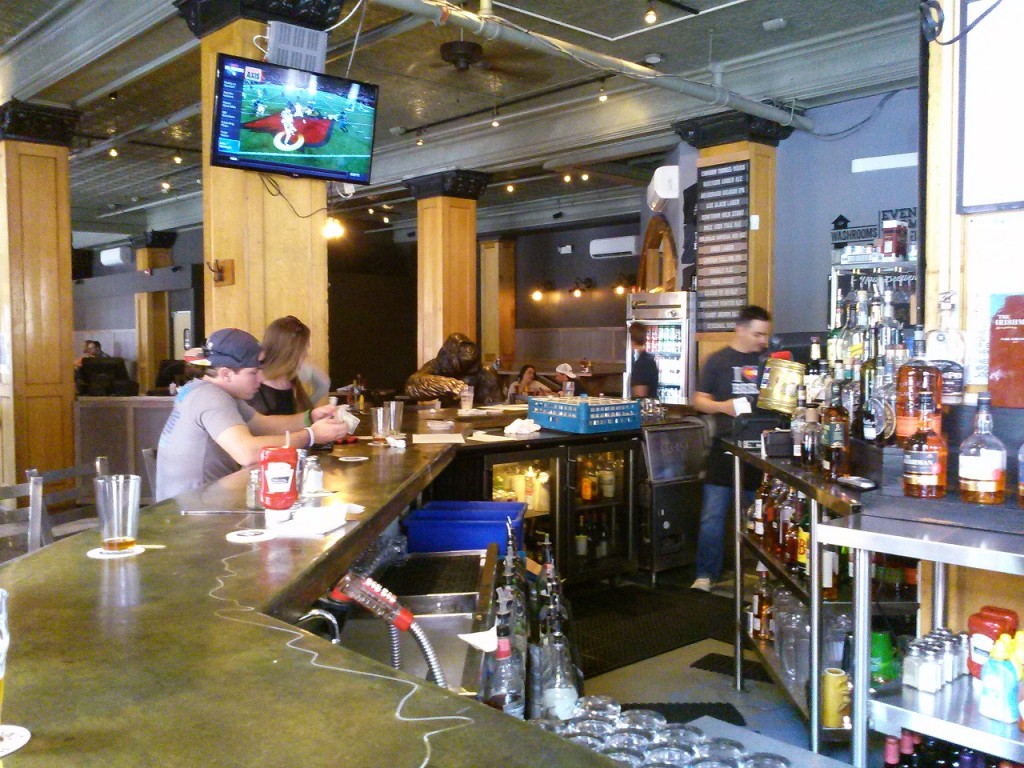 Inside the Wyncoop Brewing Company. I’m sure there is some significance to the bronze gorilla.