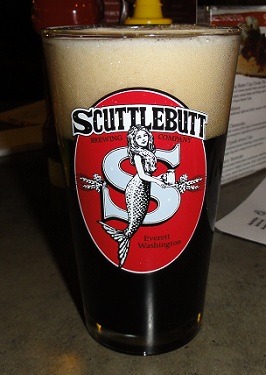 The Scuttlebutt Brewing Company is a micro-brewery in Everett, WA on the waterfront, about a 40 minute drive from where I live. When I learned about it earlier this year, I immediately set about making plans to visit it. The company I work for has season tickets to several local sports teams that they raffle off to employees. As luck would have it, the same week I learned of this brewery, I won four tickets to the Everett Silvertips. The brewery itself is very kid friendly which is nice, and has very reasonable prices. They’ve got one of the coolest logos I’ve ever seen, which features prominently on their pint glasses. The root beer is tapped from a keg into pitchers which the servers then carry around to fill your glasses.

The Body is very sweet and spicy yet light on the core flavor. There’s a fruity hint as well and it isn’t really creamy at all. It is rather crisp and clean which I suspect comes from a lack of preservatives but the waiter didn’t seem to know much about its ingredients. The Bite is solid from the aforementioned spices and carbonation. The Head is wonderful. It is tall and frothy and lasts as long as it takes you to drink your pint. The Aftertaste is fruity, sadly. I really don’t like the fruity.

This root beer is ok. I really like the spices but it’s too light for my tastes, and then the fruity. The superb Head boosted it up a notch but it’s still only a low 3.5. The food was delicious. Reading all of Yelp reviews it seemed like their fish and chips were divine. After a 3 piece order, I must agree, especially their tartar sauce. I’ll probably drop by if I win any more Silvertips tickets. 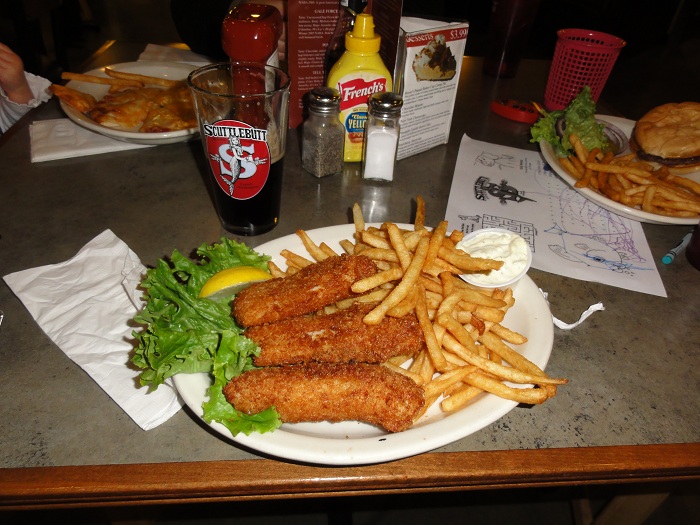