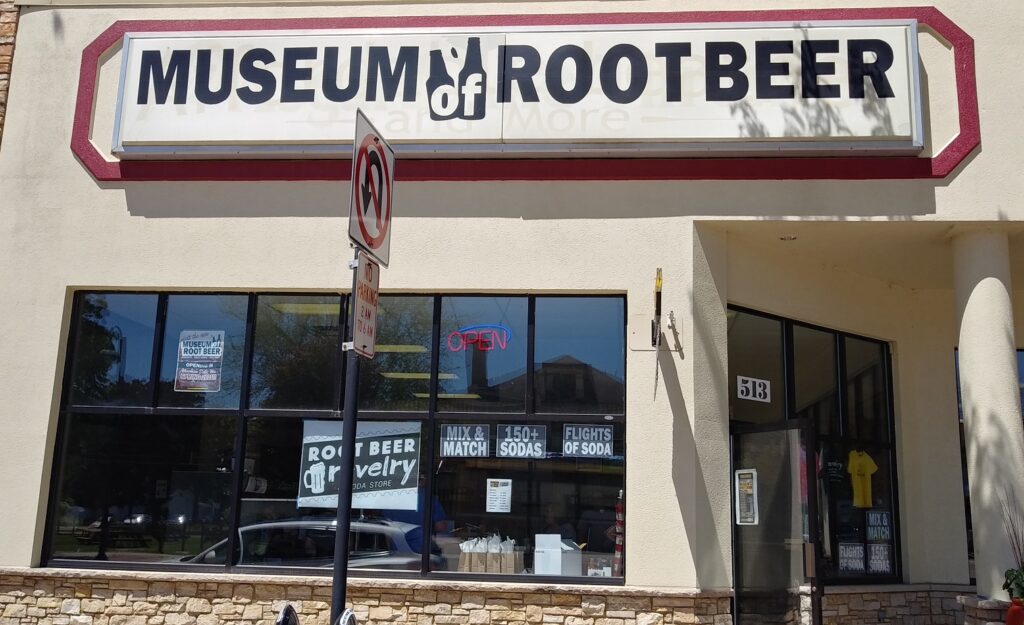 Memorial Day weekend I found myself road tripping to Wisconsin Dells for the grand opening of the Museum of Root Beer. If you remember, I posted about their Kickstarter, which was successful, and May 29th was the grand opening party.

The museum is paired with Root Beer Revelry, a soda shop featuring about 150 different kinds of soda with a bar and 4 types of draft root beer on tap. A couple dozen Kickstarter supporters and root beer enthusiasts from all over the US, though mostly the Midwest had gathered to celebrate. Several people brought local brews to share, I brought a case of Glewwe’s Castle Brewery cause it’s amazing. After some remarks, the ribbon was cut and the party began. The brews flowed like water, the snacks were plentiful, many online friends were met, and a young virtuoso enthralled us by an impressive rendition of Root Beer Rag. It was a truly unforgettable experience. I probably drank close to half a gallon by the end of the evening.

The museum itself is largely the combination of several people’s private collections of paraphernalia and is organized is several exhibits, such as root beer media, root beer bottles, root beer mascots, root beer advertisements, and root beer products. It’s a wonderful look at the cultural history and significance of America’s unique beverage. Add to it the tasty brews on tap and for purchase, and you have a must visit destination for every root beer lover. I’m grateful for all who worked together to make it happen and glad I could play a small part of it all. I definitely plan on dropping by whenever I’m in town. 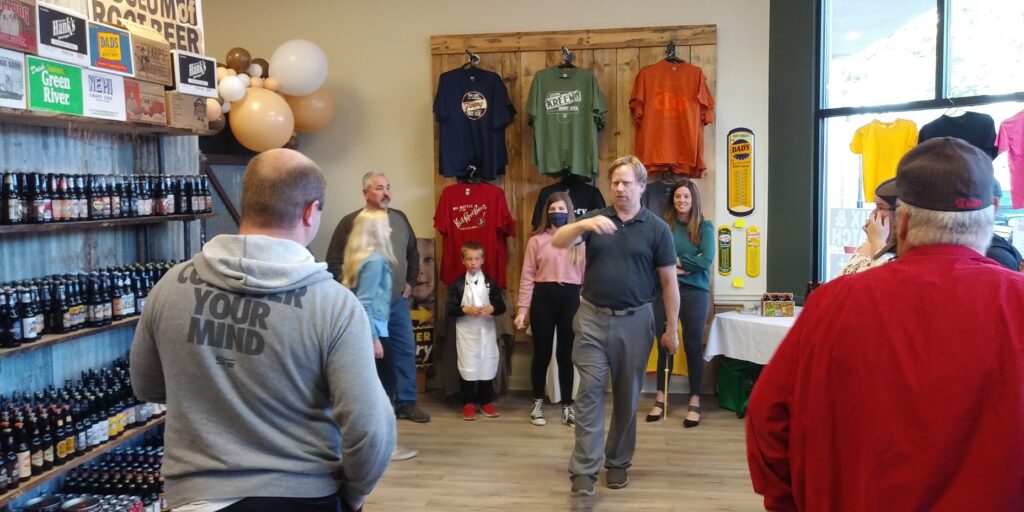 Opening remarks in Root Beer Revelry before the ribbon cutting. 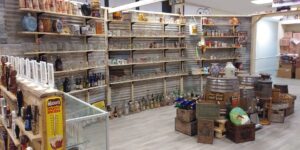 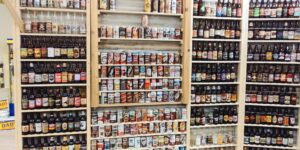 The bottles and cans exhibit