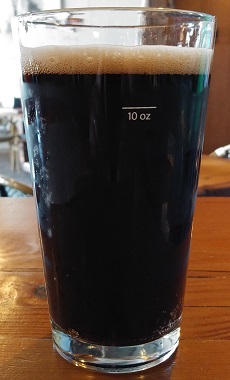 Day two of the Duluth family adventure. We went walking around the shopping district on the lakefront, went to some parks, and went to the Aquarium. It’s a fun aquarium, all freshwater themed, let’s you pet sturgeon and stuff like that. But then it was root beer time. I’d heard Bent Paddle Brewery had some amazing root beer on tap. They do, it’s 1919. Quality stuff that, but I wanted something new!!! So I went to Lake Superior Brewing Company, because I knew they had Roller Root Beer. Lake Superior Brewery was founded in 1995. Before craft brewing was “cool”, according to them. After we got there, however, we were informed that they’d sold out the night before. What a disappointment. I despondently asked if he knew another brewery that had root beer. He responded that Ursa Minor Brewery, a short walk away, carried their root beer! Huzzah! So off to Ursa Minor for root beer.

The Body has a dark sassafras flavor and is rich and complex. There’s slight hints of vanilla and wintergreen and licorice, but the vanilla is barely noticeable. The Bite is decent, with a nice mix of spices and a smooth finish. It’s got a great Head as well. Nice and foamy. The Aftertaste is slightly bitter, with some honey notes.

It’s pretty good but the overall flavor profile isn’t really my style. Better than Fitger’s though, so there’s that. I forgot to ask them why it’s called Roller Root Beer. So I’m gonna just go with it’s an arbitrary name that they like. 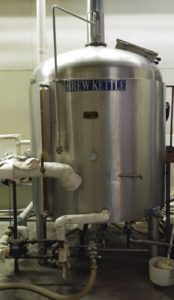 The Lake Superior Brew Kettle, where all the brews, even the root beer, are made. 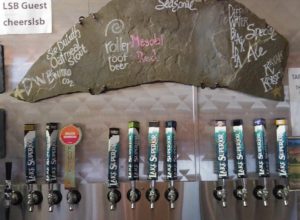