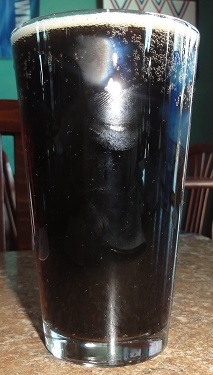 I discovered the Ice Harbor Brewing Company several years ago when my younger sister returned from her mission. She flew into Pasco, WA and we all went to meet her. I did a google search and found that they had root beer but we didn’t have time to go there. I swore that the next time I was in the Tri-Cities, I would get that brew. And then my little brothers went off on their missions, and I didn’t have the brau. But then last week they came back, and I went to meet them at the airport, and finally we could all go out to eat and celebrate with my parents and my aunt and uncle. Ice Harbor Brewing Company has two locations in Kennewick, and they are only about five blocks apart. We went to their location at the marina on Clover Island in the Columbia River, which is more family friendly with better food. They don’t do any of the brewing there though, sadly. We all ordered root beer and they asked if we just wanted pitchers, to which I responded that I was a reviewer and I’d like my pint freshly filled from the tap with lots of foam if possible. They first brought it in a plastic soda cup which I said was unacceptable and to bring me a proper pint. Obviously they don’t get too many root beer snobs in there.

The Body is rich and creamy with the perfect level of sweetness and a standard creamy root beer flavor accented with a little honey. The Bite is mild, but present, and the whole thing goes down smooth. The Head is really short, sadly, but foamy. They just need to carbonate it more. The Aftertaste is a bit of honey and vanilla with some wintergreen.

It’s nice and smooth and refreshing. But the lack of good Head kills their chance at a Seal. I mean, it wasn’t so amazing that I was blown away, but it was good enough that with a decent Head it would have just squeaked by. The food there was delicious. I had some amazing halibut and chips but some of their burgers and sandwiches looked even more epic. This place is definitely worth stopping by if you’re in the area, it’s got some of the best brewery root beer I’ve yet found in my fine state. 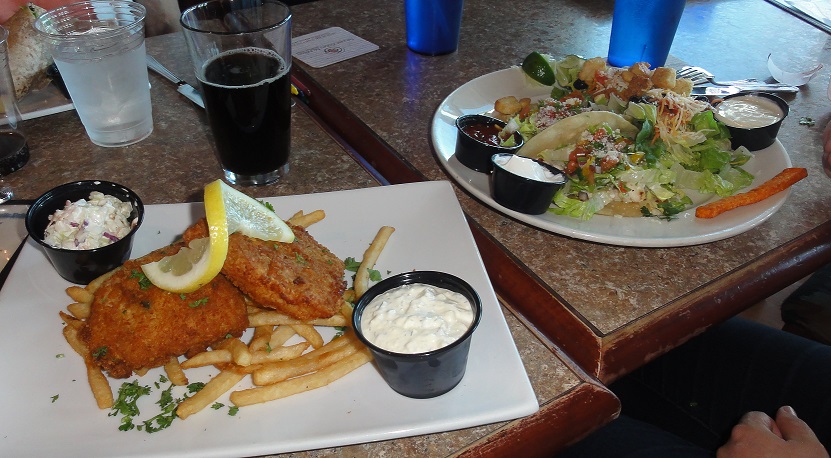 Halibut and chips and my wife’s fish tacos. So so yummy.