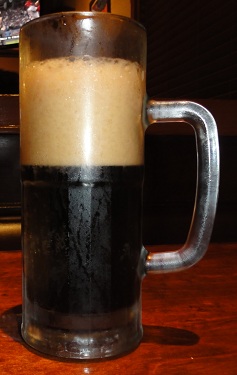 Last October I went to Washington DC for … reasons. As the usual routine demanded, I scanned Google Maps before the trip and found Hops Grill Brewery a mere 20 minute walk from the hotel I’d be staying in. Since my flight was to arrive at 6:20pm I knew where I would be eating dinner that night. Except my first flight was late just enough that I arrived at the gate of my connection just as it left. I was put on a later flight that wouldn’t arrive until 9:20pm. No biggie, Hops stays open until 11:20pm I’d still have plenty of time. Except that flight was 40 minutes late as well. By the time I got to the hotel, it was 10:25. I called Hops to make sure that if I arrived at 10:55 they’d still let me order, and took off running. I made it with 15 minutes to spare. After a glass of water and a few minutes of repose, I ordered my root beer.

The Body is dark and spicy with wintergreen and a little licorice. It is very rooty and reminds me of those old root beer barrel candies, you know, the ones with a slightly reddish wrapper. The Bite is spicy and while not harsh, it’s not smooth and kind of a sharp Bite. The Head is very tall and a decent froth level so it lasts awhile. The Aftertaste is wintergreen and a little licorice with bitter notes at the end.

So it’s not my favorite flavor profile, and bitter notes, while slight, are still bad. The super tall Head, though, compensates a bit. I’d put this at just barely drinkable, it was close though. Subsequent mugs with my meal reinforced this. I had fried catfish and ale onion rings which was delicious and worked with the spicy brew pretty well. 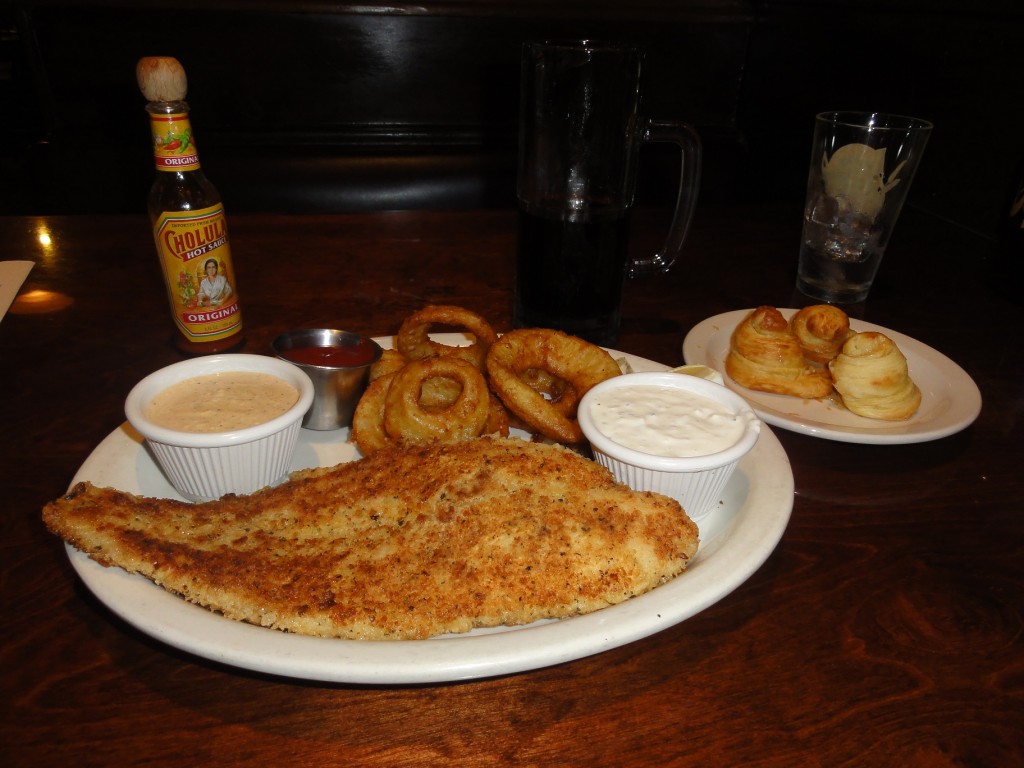 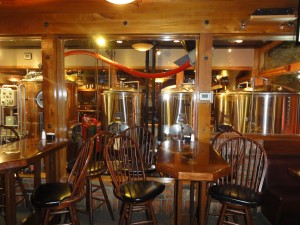 The brew vats add a nice atmosphere while dining. 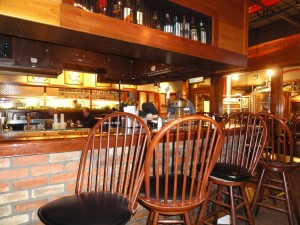 The bar is in an island in the middle of the restaurant.