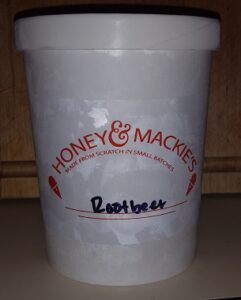 Not far from my house is a lovely craft ice cream shop called Honey & Mackie’s. They do small batch, hand mixed flavors that are truly top notch. Many a summer afternoon or evening, we’ve strolled there to get a waffle cone full of their decadent treats. They also have fries. Loaded fries that are kind of like a poutine, but not exactly but will definitely fill you up and are as high quality as their ice cream. So yeah, it’s one of those gems you find sometimes. They rotate through various flavors and this past week they made root beer ice cream, so I had to get some. Their method was to use root beer candy sticks, crush them up, and mix them in. I wasn’t sure how that would work, but I immediately went and bought a quart to give it a try.

It’s very rich and sweet with a distinct, minty root beer flavor. There’s lots of creamy vanilla, obviously, but it still tastes more root beer than float. The ice cream itself is very sticky and gooey and high quality. Despite being so rich and well flavored, it isn’t overpowering nor overly sweet.

Oh yum. This does not disappoint. It’s exactly the sort of quality you would expect from Honey & Mackie’s, if you’ve been there before and were expecting. This is hands down the best root beer ice cream I’ve ever had. I hope they bring it back as I would love to get this with maybe a scoop of cinnamon in a waffle cone. Anyways, if you’re in the Twin Cities area, you should definitely head over there. You won’t regret it. 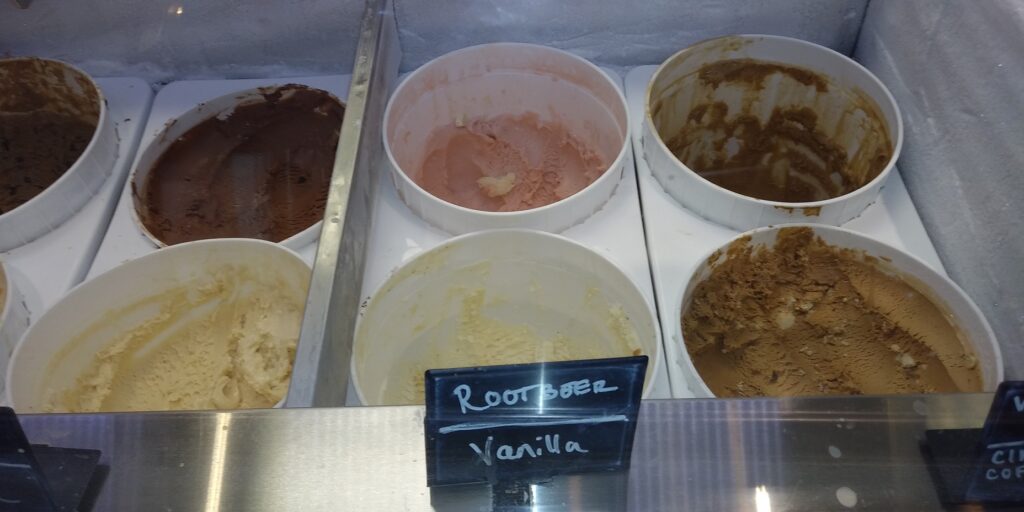 The root beer (and some other) ice cream. It’s kind of pink. Strange color.

All of the different Honey & Mackie’s Flavors