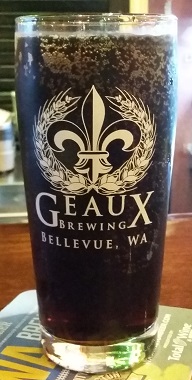 So my good buddy from the Root Beer Trackers decided he was going to take a holiday root beer road trip to my neck of the woods. In preparation he called 260+ breweries throughout the state to see if they had root beer. Now that’s devotion, and also really ambitious. I told him if he found a new one for me one close by that I’d meet him there and we could try it together. And he found Geaux Brewing. Just 15 minutes south of me in Bellevue! It’s a new brewery, only opening three years ago, after I’d made a thorough sweep of the area, so it was an excusable oversight on my part. The Brewery itself is very small and is an island of devotion to the New Orleans Saints. In Seahawks territory. That’s a bold move, and also why it’s called Geaux as in ‘Geaux Saints’ which I understand is all trying be look French and all, but because I actually speak French, I find kind of annoying. But the people there were all very friendly and they even have their own canning machine to sell you 24 ounce cans because they don’t do growlers for some reason. It was extra cool to meet another reviewer and share a pint, but the root beer itself, well…

The Body is light and not very sweet. There’s a little wintergreen in there and some standard root beer flavors. The Bite is very mild, almost no spices at all. The Head is completely non-existent, which is very depressing. The Aftertaste is light wintergreen that finishes a tad sour.

So, yeah, um, not really very good. I mean, it’s not horrible or gag inducing but definitely not something I’d ever go drink again. Which I guess is good as I won’t have to awkwardly go into an enclave of Saints fans on game day I suppose. Oh well, as I told the Tracker, it’s the bad root beers that help us truly appreciate the good ones. 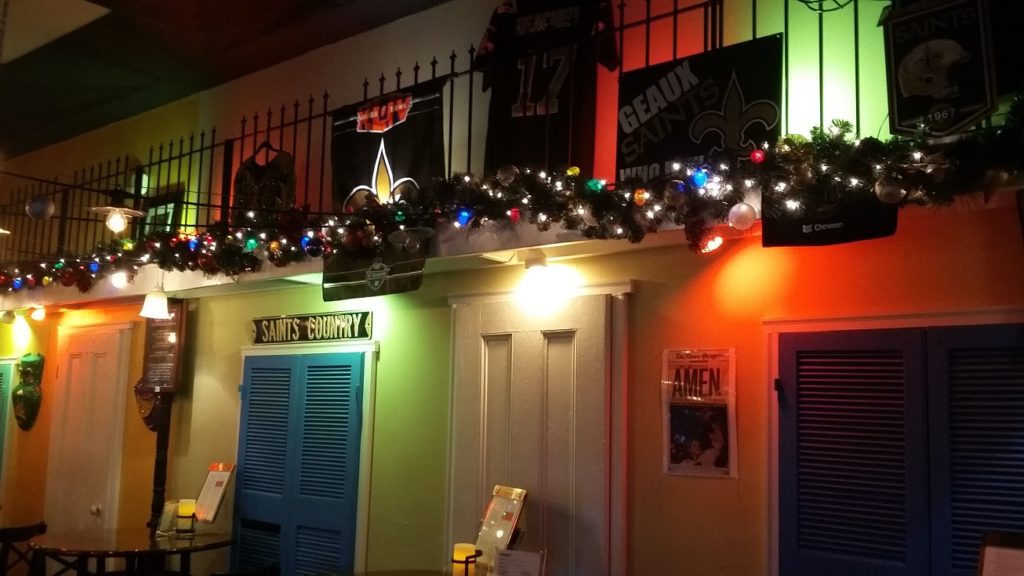 The inside of the tap room with some of its Saints paraphernalia. 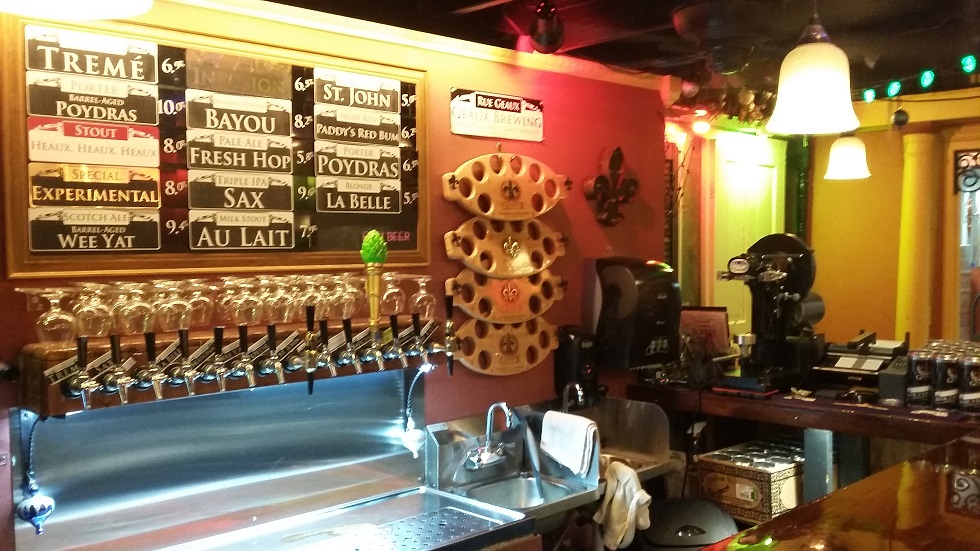 The taps and the canning machine.