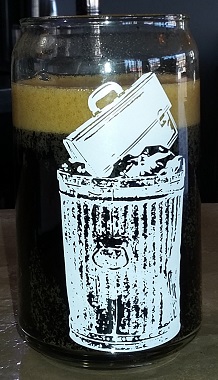 On the last day of my Chicago trip our meetings ended early and we had a few hours so I jokingly suggested to my colleagues that we could get another root beer. They said if I could find another place we could go by, so I plowed into Google and quickly found Exit Strategy Brewing Company. It’s on the same street as Brown Cow, interestingly enough, though about eight blocks away. It was started only a couple of years ago and became the “exit strategy” of the owners who quit their “real jobs” to devote themselves to their true passion. That passion has also included their own root beer, which shows how seriously they really get behind the craft brewery movement. I mean, if you don’t have a root beer, you’re not really all in. They serve their root beers in glasses shaped like cans, which I absolutely adore. I just wish someone would take this one step further and make sealed glass cans that can open like a bottle. Take a type of root beer I won’t drink (canned), and make it proper (in glass).

Not bad at all. I wish it were a little stronger and spicier and had more carbonation lingering after the Head, but it’s still a solid brew, not a Seal, but solid. It was a shame that I didn’t have time to get a meal there, as I’m sure their food would also be on point. My biggest complaint is that their sign is a rusty metal letters against a red brick building, so it was difficult to find it while staring right at it. But if you can find it, it’s worth dropping in. 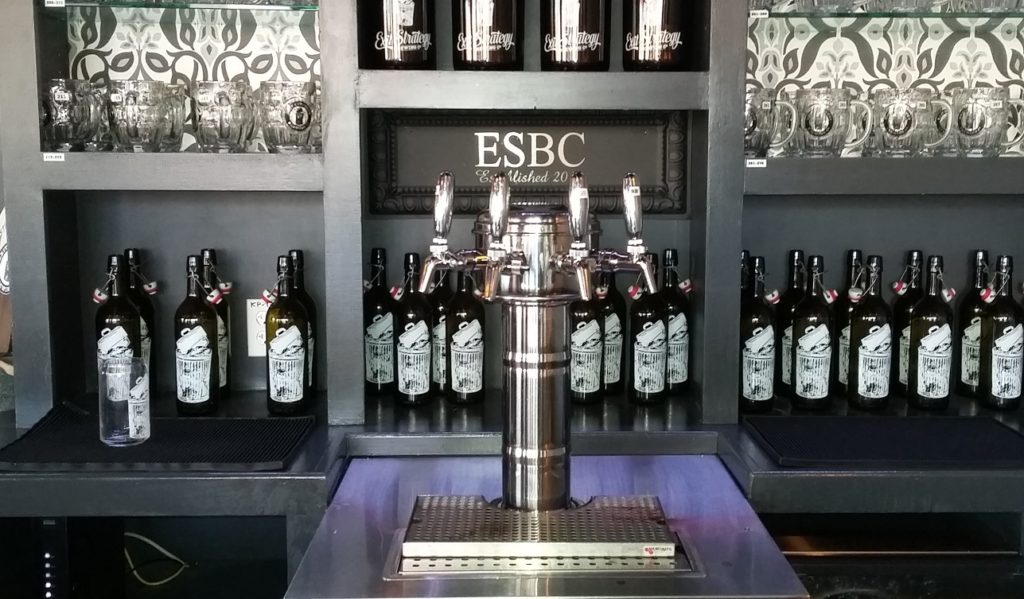 The soda taps, they also make other flavors besides root beer. 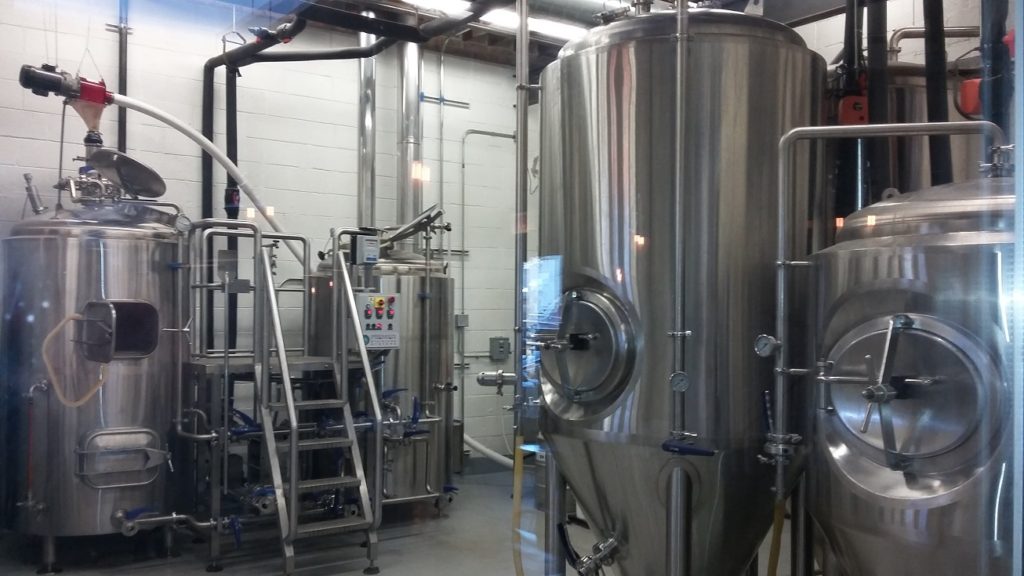 The Exit Strategy Brewing Company vats. I wonder which one is for the root beer.