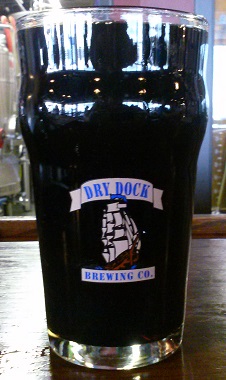 Still in Denver, though fleeing from the land of exorbitant parking fees, I went to a microbrewery I knew was closed yet knew they had their own root beer. They had a parking lot! Since I had an hour before they opened, I wondered if I could find something else that was open right away. My search led me to Dry Dock Brewing Company, out in Aurora, a 20 minute drive from where I was. Parking there was also not a problem (I asked on the phone before I made the trek). Coming from the West Coast, I find a lot of nautical themed breweries. I didn’t expect there to be one in Colorado, because, you know, there’s not really any major lakes or oceans or even navigable rivers. Knowing this inconsistency, they went with Dry Dock, nautically themed sans water.

The Body is mild and creamy with vanilla undertones and notes of wintergreen. The Bite is pretty mild but there is little spice if you really look. The Head is non-existent, unfortunately. The Aftertaste is a mild minty vanilla that is rather pleasant.

This brau is much better than that Wyncoop swill. Nothing spectacular, but something good enough to drink with a meal. I would have liked to even stay for a meal, but they didn’t actually have any food at this brewery. They did have a book of restaurants that would deliver, but I would have rather written about the food made at the brewery itself. It makes me feel kind of like Guy Fieri when I do that, going to these breweries and root beer stands, trying their root beers and their signature dishes. But since I couldn’t do that here, I took to the airport early to chill in the United Lounge, and who should I find next to me at the buffet line, but Guy Fieri himself. Before I could make any small talk someone else asked him for a picture/autograph so I figured I’d leave him alone with the exception of a shout out when he was leaving the lounge to catch his flight. In summary, lots of breweries in Denver, and this one is decent. 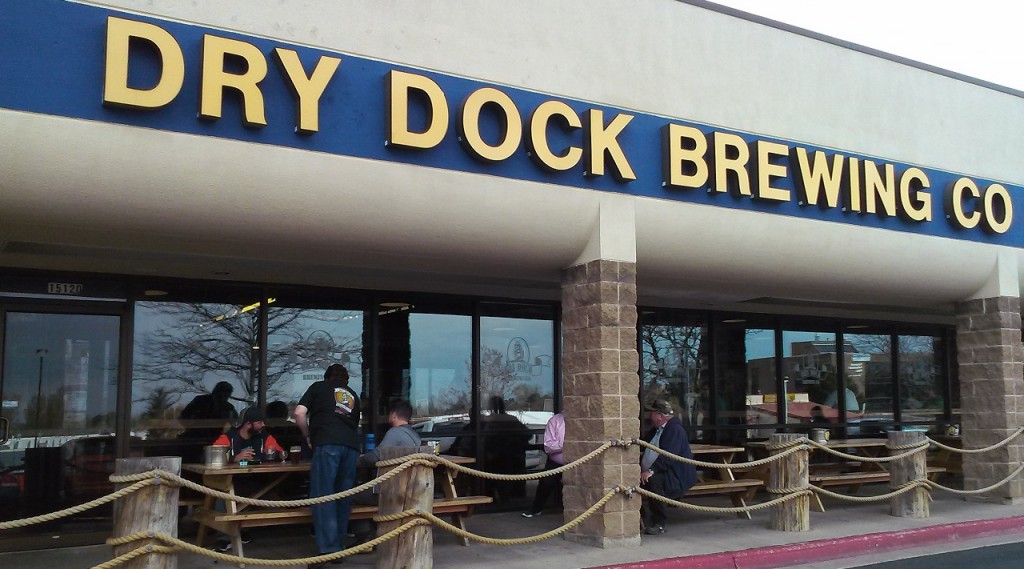 The Dry Dock Brewing Company looking like a dock without water.

The Dry Dock Brewing Company Taps. The root beer is the sad one without a pretty label. 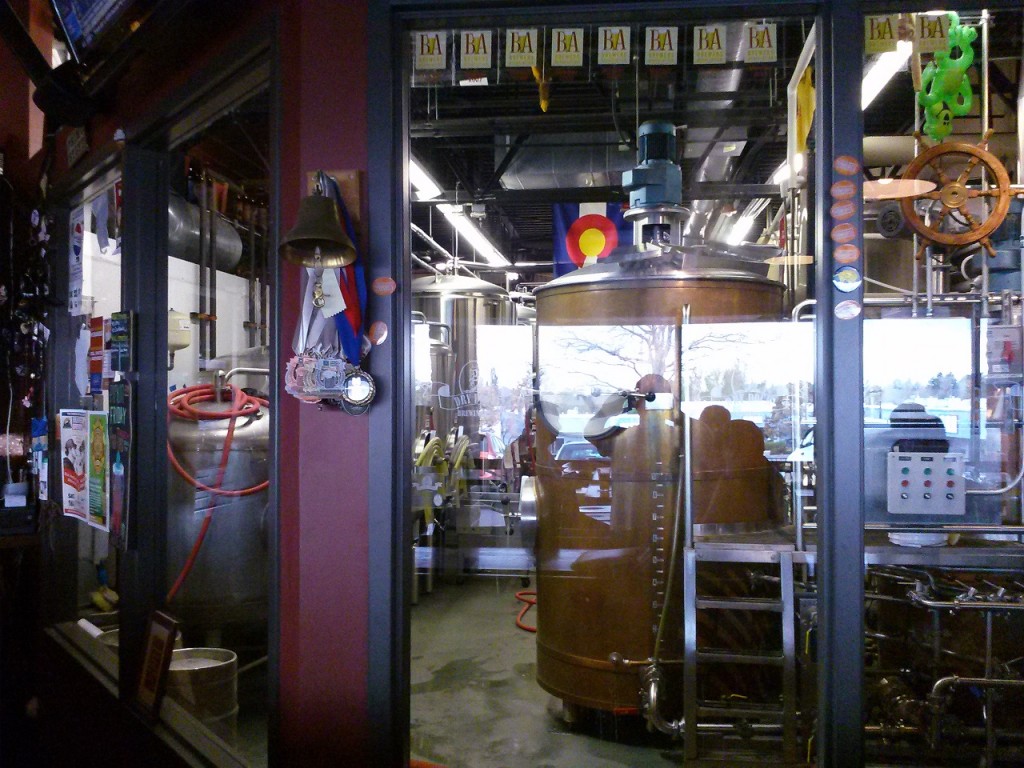 I always love a brewery where you can see the brew vats from the bar.