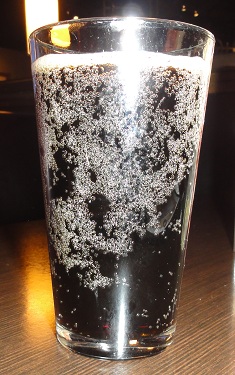 On the second day in DC, after I’d finished my … stuff, I had the evening free to myself. So after going to the National Mall and defying the “shut down” barricades (I’m such a rebel, I know), I headed out on foot to walk to the Capitol City Brewing Company for dinner. It was an hour walk but I am very cheap in my root beer questing and the exercise is good for me. They have two locations in the area, the closest to me was the Arlington location in The Village at Shirlington. The brewery is a very impressive place. They have four large brew vats in the middle with the bar around them. The vats are labeled with whatever is brewing in them at the time. They have other brew vats in other part of the restaurant as well. The place is very lively and looks to be quite the hang out to watch the Redskins play foot ball.

The Body is rich and creamy and delicious with caramel and vanilla notes. It has a mild Bite, just barely enough, and is very smooth. The Head is short, yet frothy and lasts. It’s just barely good enough to not dock serious points. The Aftertaste is a sweet, buttery, nutty flavor that kind of reminds me of buttered popcorn jelly bellies. It comes in strong, complementing and replacing the other flavors and lasts quite awhile, slowly fading as you wonder just what it is. I’ve never tasted that flavor in a brew before and I like it a lot.

I don’t want to say ‘wow’ but, Wow! That Aftertaste blew me away. The brew had plenty going for it at the first drink, but after swallowing it shines like nothing I’ve ever had before. It takes a good creamy brew and makes it exceptional. You just want to keep drinking it and drinking it to get that flavor again. Unlike Hops, they don’t give you a free refill, sadly, but I can understand as I would have probably drank an entire kegs worth. It’s a shame the brew mistress had just left before I got there, I would have loved to congratulate her personally on being awarded the Seal of Approval. The food was delicious as well. The server suggested I get a burger, and their Hickory Burger was divine. If you’re in DC you must visit this place. 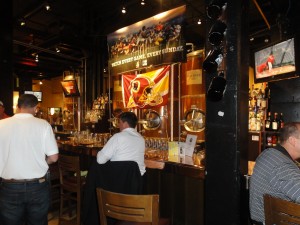 The bar is really cool with those brew vats in the middle. 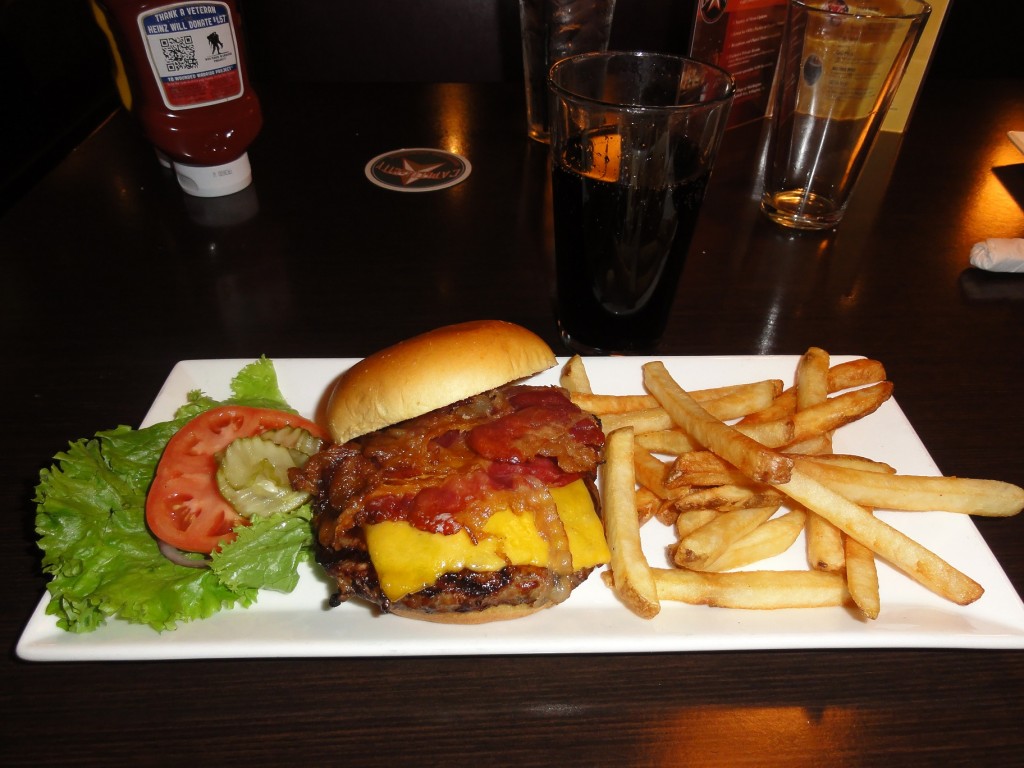