The second root beer of the Oak Creek Barrel Aged offering. This one’s a blonde root beer, one of the rarest forms of root beer I’ve ever encountered. Only two before this. Interestingly one of those also had a “creek” in the name, which surely can’t be a coincidence… This boasts on the label to be made with “25% brown sugar, 75% real sugar”. Now I think brown sugar is plenty real, especially since it’s just less refined. I get what they’re trying to say, but let’s not be calling brown sugar not real sugar. Saying regular or normal sugar also would seem a bit odd, so, they should change it to say “white sugar”. There I gave them some free marketing advice. Look at how kind I’m being. And why wouldn’t I be. This stuff is good.

The Body has a rich creamy vanilla flavor with a distinct woody flavor. It’s nice and sweet with a lot of complexity of flavors and spices beneath the initial contact. The Bite is sharp and spicy. The Head is as a proper root beer Head should be, tall and foamy. The Aftertaste is the woody, oaken vanilla that last just the right amount of time.

I like it. I like it a lot. I think the aged oaken flavor goes better in this blonde than it did in the regular. Mixes well with that fake sugar and all. So now I’ve reviewed three blonde root beers and given as many Seals, you could say that I’m partial to blonde root beers, but I would say that rather, the makers of such a unique take on root beer strive extra to craft a masterful product. And this is with out a doubt masterfully crafted. See how it rates against other root beers. 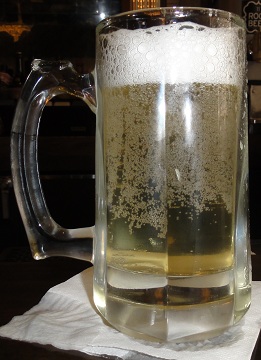 Part 2 of my Eleven City Diner reviews. How many times have I found a restaurant with two different flavors of house root beer? ZERO! That’s how many. That’s how amazingly epic this place is. Additionally their food is very amazing, as my previous meal demonstrated, but in addition to classics, they also have some very original stuff as well. So I was back for lunch two days later with blonde brews on my mind. To be honest I’ve only heard of one other blonde root beer before so I had no idea what to expect.

This has a light Body with a very prominent vanilla flavor that is rich and creamy. It’s a lot like a cream soda and I do like cream sodas. It is very smooth in the Bite department though the carbonation level is good. The Head is medium-tall and frothy. The Aftertaste is more creamy vanilla.

So this is like a cross between a root beer and a cream soda with all of the darker colored ingredients axed. They do use a little bit of brown sugar in there though. Despite it being far from the center of the root beer spectrum, I really like it, a lot. If you drank it without looking at it, you’d still think it was a root beer. I give this a 4, though barely, with some originality bonus points putting it over. For my lunch I wanted to find a sandwich as different and good as a blonde root beer, and I found it in the #43. A double decker pastrami with a latke in the middle with fried onions and sour cream on a challah bun. Add some spicy brown mustard and … heaven in the form of a sandwich. This place is worth its own pilgrimage. Come for the root beer, stay for the food. 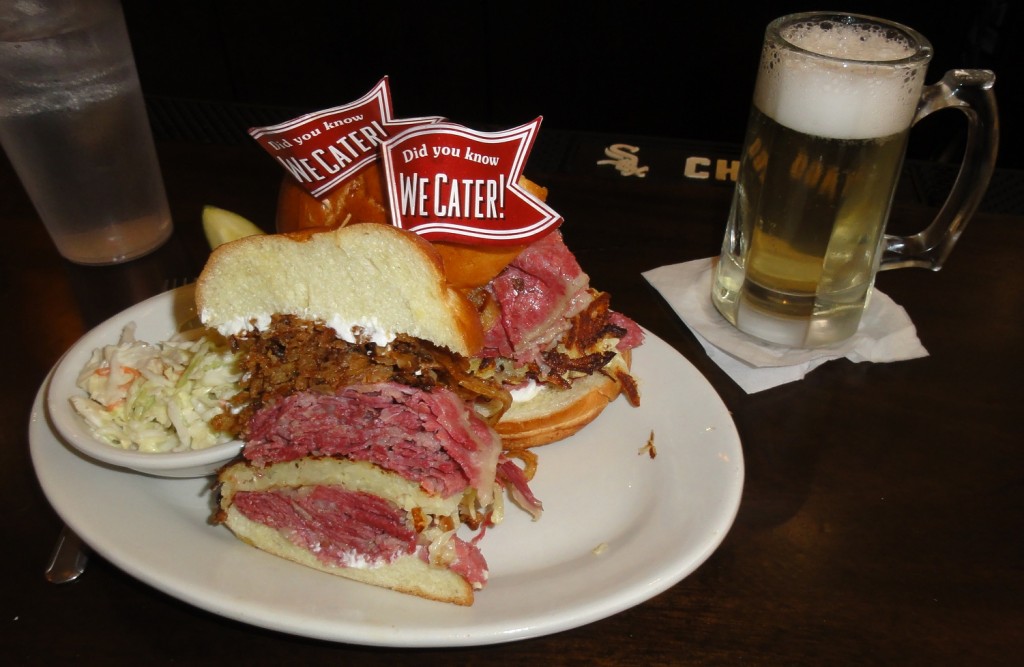 The #43 Sandwich. When it was delivered, everyone sitting around me asked the waitress what I had ordered. So, so delicious. 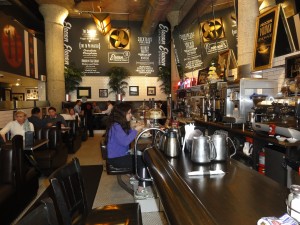 The diner and bar where I ate my meals both times. 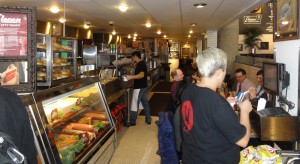 The kitchen and deli section of the diner. 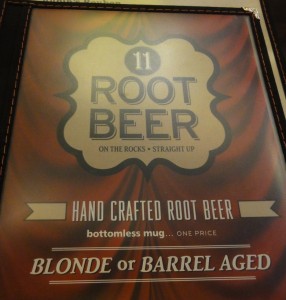 The root beer menu. It refers to their classic flavor as barrel aged though the servers refer to it as classic.