Last week I found myself in Albuquerque doing DERMS things. That’s right, Corona has been defeated to the point where DERMS now takes me traveling places. Huzzah! Glory! Triumph! Root beer!!!! Because my very first trip would of course be somewhere new with root beer to boot. The Rio Bravo Brewing Company is built in the restored historic building from 1949. Their about page doesn’t say when they started, but I think it’s 2015. They seem to have won a lot of awards for their beer. In addition to this brew, they also make a cream soda. When I went the waitress said she didn’t actually like their root beer but rather the cream soda, which didn’t give me high expectations but still, maybe she just didn’t know good root beer.

The Body is weak, bitter, and not very sweet. I get some dark-ish wintergreen that is watered down and not very sweet overall. The Bite is spicy, at least, but not smooth nor particularly complex. The Head is sad, but not completely non-existent, just sad. The Aftertaste is bitter, but thankfully weak.

Actually, she was right, this is objectively terrible in about every way a root beer can be terrible. Why so weak? Why no Head? Why no sweet? This is without doubt one of the worst root beers I’ve had in a long time that wasn’t trying to be weird or fruity or organic or some nonsense, it’s just made bad. Oh well. There’s other root beers in that town that hopefully are better. So when I had my delicious green chili burger, I ordered the cream soda, I’d had enough of their brew. And Wow! So much sweet and creamy vanilla in that cream soda, one of the best I’ve ever had. If you are ever there, get the cream not the root.


Last week that esteemed root beer collector Vince was in town and had some brews to trade with me. He was staying near Saint Paul so I did a quick search and found that Saint Paul Brewing made their own root beer, so we could meet there and give it a try. I don’t know why Saint Paul Brewing calls it House Made Root Beer! with that exclamation point, but that’s what’s on their menu so I dutifully call it so. They also say that it is root beer with bite, so maybe it’ll be spicy. The brewery (brewing?) itself is made in the ruins of the old Hamm’s Brewery, which was closed in 1997. They’ve reinvigorated it and turned it into the sort of trendy place that’s all the rage these days. They even have a sweet pizza oven but I wasn’t there for pizza so we got our pints and gave it a try.

The Body has a very strong wintergreen flavor in the old fashioned style. There’s a bit of vanilla and a lot of spice. The Bite is sharp, which seems to be their goal. The Head is quite short, but it is there. The Aftertaste is bitter. Too much wintergreen so it ends quite bitter indeed.

Wow, a lot of Bite, but very bitter for a root beer. Maybe beer drinkers would appreciate that but I certainly did not. This isn’t really a brew I’d ever drink, not even with pizza. Which sadly, we didn’t have time to try due to tight schedule constraints. Maybe I’ll go back there some day, probably not, but at least it looks really cool. 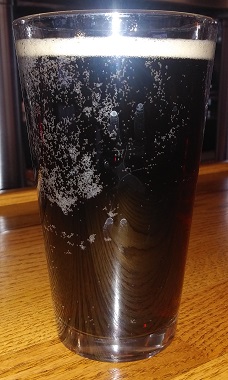 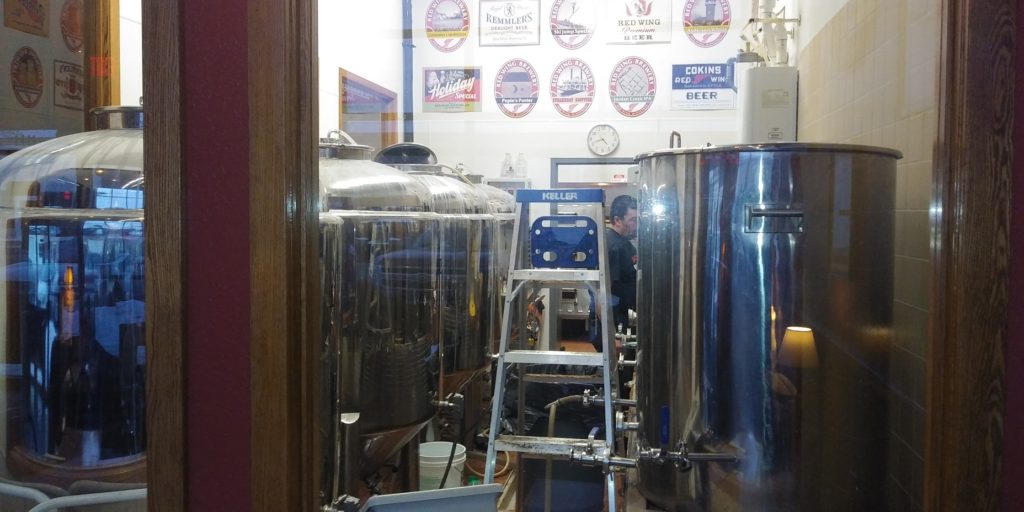 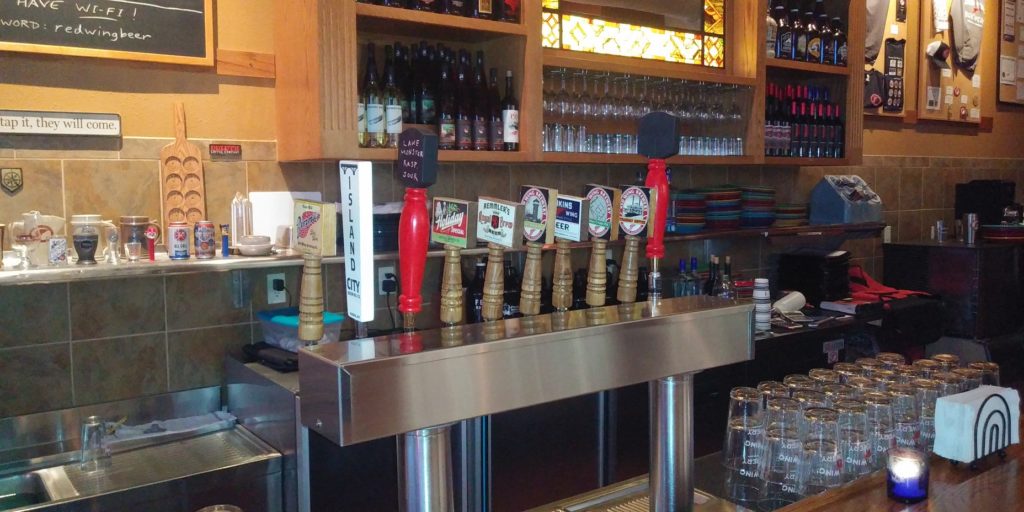