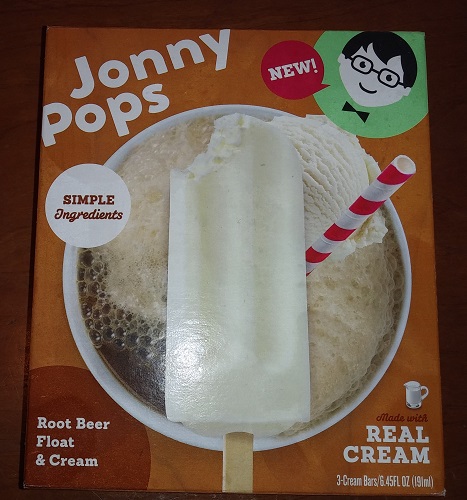 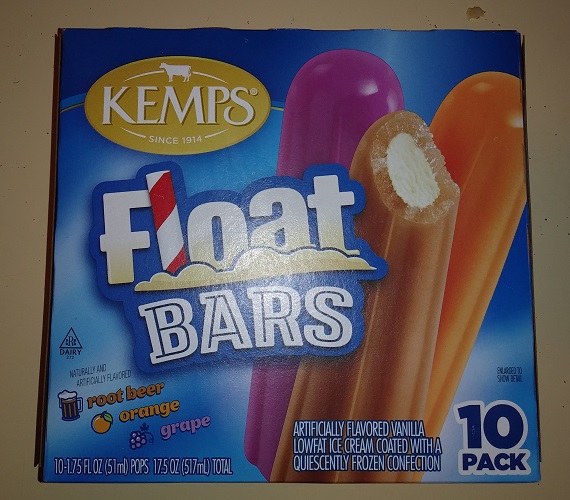 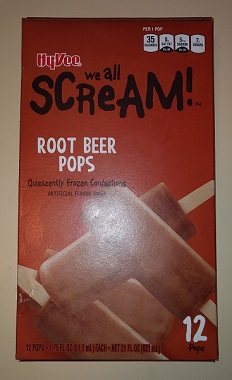 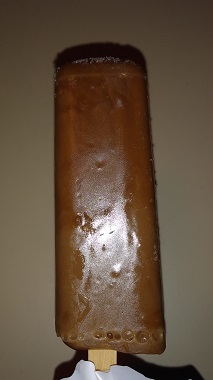 Another break from hard candy! Yes there are all manner of root beer food confections and I just need to start searching for them in earnest. So I went to my local HyVee and started searching high and low for anything root beer. Sadly this was the only thing I could find, yet, it was something to find. Plus this is my first frozen treat. I’m not sure how I want to name this category as it isn’t ice cream, maybe I’ll just say Frozen Treats. That can be a thing right? Let me know in the comments if you have a better name for the category ice creams, popsicles and the like. Anyway, how are these things.

They have a mild root beer flavor, of the minty variety, with a nice wintergreen and subtle notes of licorice. They aren’t overly sweet so they aren’t very sticky which makes them quite refreshing. The flavor is a little light, but the whole thing is still rather pleasurable.

It’s cool and refreshing! Just the sort of frozen confection for a hot summer’s day. I wish the root beer flavor were a little stronger, but I think I’d buy them again. They are very reasonably priced and my kids really like them. My wife hated them though. I guess you can’t please everyone.