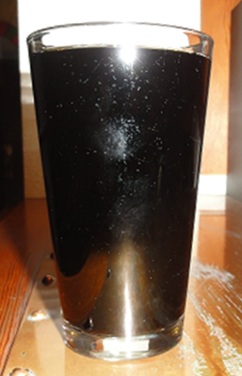 One day I decided to expand my Google Maps brewery searches of the region to a larger radius to see just what I could find. I went to the home page of Roslyn Brewing Company and saw that they have a root beer, No. 9 Root Beer to be exact. I was both elated and shocked. Roslyn is five minutes off of the freeway on the way to my parents’ house. I’ve driven past there dozens of times in the past few years and never knew there was gourmet root beer just waiting for me to try. And of course it would be another five months or so before I went to visit my parents again so I couldn’t try it right away. Roslyn itself is a tiny little town that used to be a coal mining town, a rarity in Washington State. It’s all old fashioned looking and their brewery’s taproom only has six stools. Since no minors (only miners?) are permitted, I had to leave the kids outside with a promise that I’d bring the root beer out to them after my review. Sadly this has nothing to do with the Beatles, but rather is named after coal mine No. 9 which supplied coal to the trains going over Snoqualmie Pass.

The Body is dark and minty yet not full. There’s licorice and it’s slightly sour. There’s not really any Bite, which is odd for this old fashioned variety. There wasn’t really any Head on it either. The Aftertaste is weak with a little bit of wintergreen.

So this isn’t really good. It’s not my favorite variety of root beer, and is poor in its genre. There really isn’t anything to see in the town other than a tiny museum and some old fashioned buildings, so unless your route takes you past there, I wouldn’t recommend a trip just to try it. 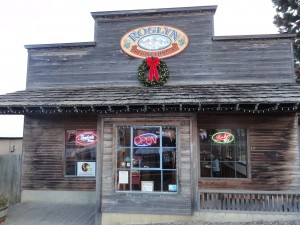 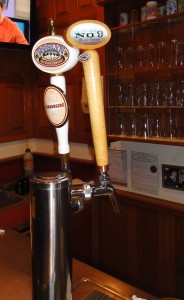 The fine city of Roslyn. Not really anything there.