I first learned about this brew from The Root Beer Store in 2011 as Parley Street Root Beer. They don’t sell it, but they had one bottle on display. The owner told me that it’s only really sold at the Lion House in Salt Lake City. I hoped that I’d be able to get my hands on it someday. Fast forward to a Saturday in March 2013, I had just run out of new root beers to try. My wife tells me that I should go to the temple in Bellevue. I do and afterwards I remember that I need a new journal so I drop by Deseret Book before headed home. As I walk in I notice a cooler with some unfamiliar bottles. I go up and there it is, Parley Street Root Beer. I was so happy I started dancing around laughing, not only did I now have something to review, but those people at The Root Beer Store didn’t realize that this root beer was right under their noses. Truly, my wife was inspired. Later as Dr. Percival C. McGillicuddy was investigating the case of the mystery root beer, it was found that Parley Street and the Boise Brew were one in the same, both by Dowdle and Daughters. The world famous detective traced this brew all the way back to Ginseng Up, who makes their root beer and sells it to private labelers around the country, including those I bought it from.

The Body is full of sweet creamy goodness. It’s got all of the right flavors in the right proportions, especially the rich creamy vanilla. The Bite is on the smooth side but present. There’s some spice and carbonation tingle, just enough. The Head is nice and tall but only moderately frothy. Though, as it fizzes down, it forms some really large bubbles, about an inch in diameter, which hang around for awhile. The Aftertaste is sort of a syrupy vanilla flavor with the slightest accents of spice.

Yum, yum. I really like this. I wish they were more descriptive with the ingredients other than “Natural and Artificial Flavors” I’d almost swear there was some honey essence or flavoring or something. This actually reminds me a lot of a Henry’s but not quite as good. I’d say this is a ‘generic’ Seal of Approval brew. It hits all of the benchmarks with my favorite flavor type. Not bad for a private label brew. If I ever need my own custom labeled root beer, I can rest assured that if I get it from the Ginseng Up bottlers, it will be good. See how it rates against other root beers. 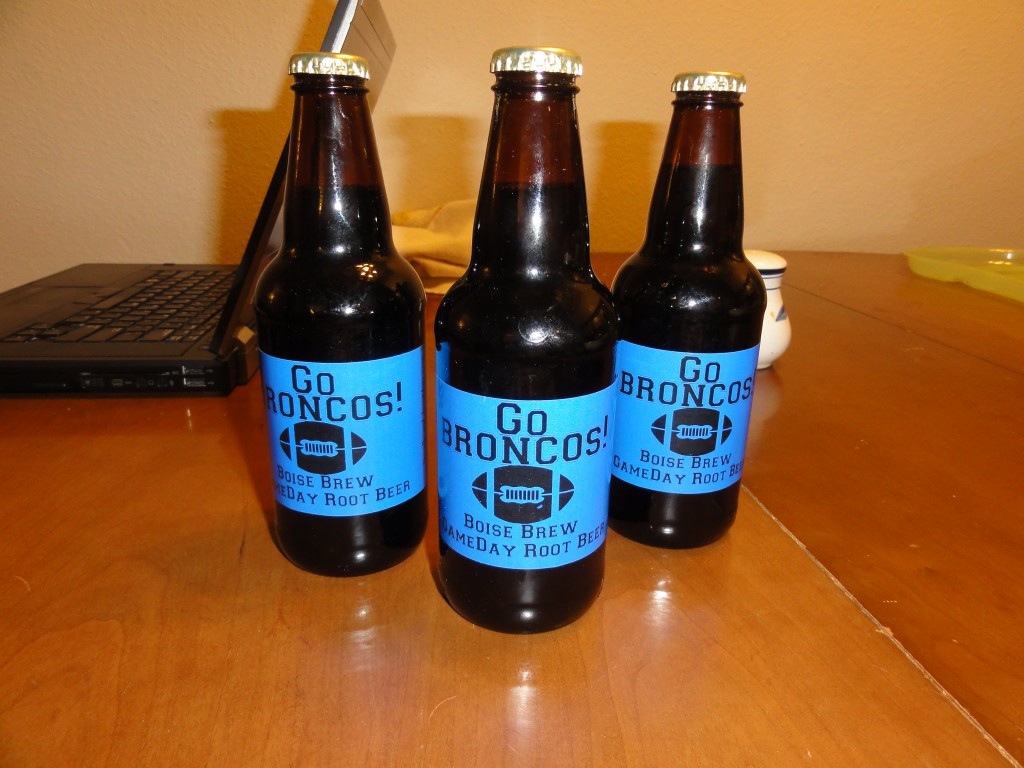