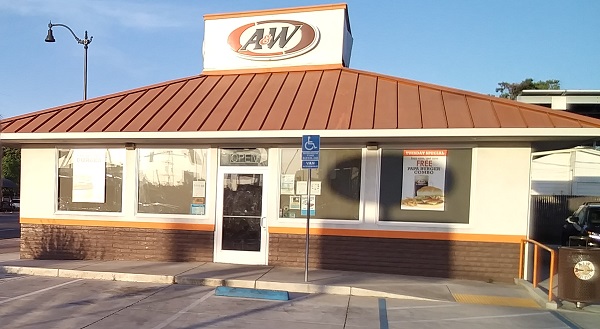 I have some beef with CCR. For while they have some classics, they also wrote the song Lodi, where they maligned the birthplace of arguably the most iconic root beer in existence. I don’t care how bad the rest of the town may be. You can’t speak ill of the place where A&W was born. Yet, despite me often traveling to near Lodi, I’d never gone to the sacred birthplace of this amazing brew. So two weeks ago, when I was in Sacramento for work, I took an evening to drive the hour south to get a draft from its birthplace.

The original stand, built in 1919, is no longer there, sadly. Only a small plaque on the sidewalk marks the spot of the original stand. But nearby is a very old A&W Drive-in that still offers curbside service. It was to this drive in that I went for dinner and a brew. The inside is like a small A&W museum, with a display case full of artifacts and memorabilia, with more along the walls. They sell a lot of cool merch as well to their delicious food, of I bought a shirt and some mugs. Truly Lodi and their A&W Drive-in is a place to where every true root beer devotee must make pilgrimage. And so a new a new category to this blog must be added. Root Beer Pilgrimages. For there are many other such places that need to be visited and blogged about. 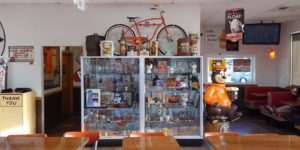 The display case of A&W relics 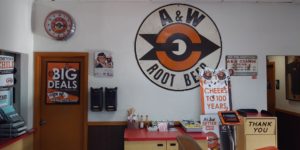 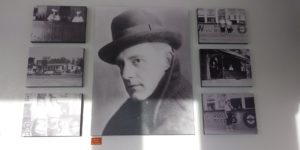 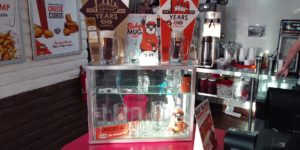 The merchandise display. I may have bought too much. 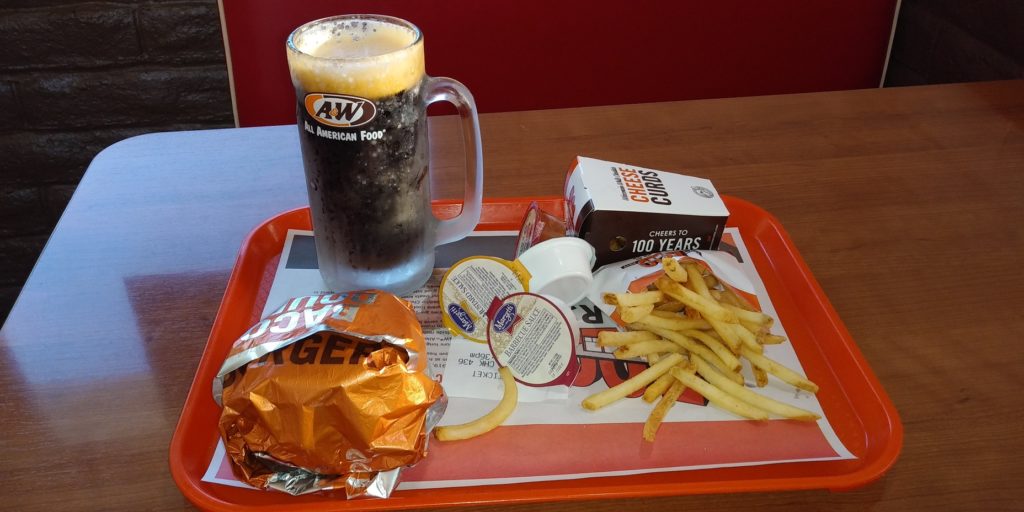 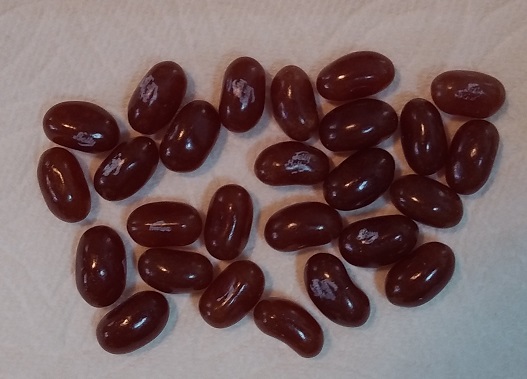 A and W. Two letters that redefined the root beer and fast food landscape. While Charles Hires brought us the fine drink we call root beer, it was Allen and Wright that took it to the modern era. Forty-three years after Hires swept the nation with dry powdered concentrate and bottled goodness, a new player entered the fray with a new way to do things. While Hires was a genius in advertising, and Allen the father of the modern franchise. Within two decades his root beer stands dotted the land and his brew the most commonly drank root beer in the country and became the defacto root beer standard definition of a root beer for many. Other business titans, like the Marriotts, sprang from humble franchise owners. While growing up, for me, A&W was the good stuff. The special root beer instead of the store brands. And after I became The Root Beer Gourmet, A&W also ushered in another era. For while I’d had several types of glass bottled root beer, and had sworn never to go back to cans or plastic, it wasn’t until I found bottles of this being sold in a mini-mart on White Pass that I started my root beer bottle collection. I was traveling there with my future brother-in-law to get his sister on the other side of the pass. I’d never seen my old favorite in glass bottles and I wanted to keep the bottle to show my dad.

It’s got a good Body and nice Head, but is too harsh in the carbonation on the Bite. Aftertaste is very pleasant.

This is a nice creamy root beer that’s good but not quite top notch. It’s middle of the road though, so everyone pretty much likes it if they like root beer. After that trip I decided that I would collect a root beer bottle from every new brew that I drank, and rate them as to which was the best. The website idea came several weeks later. A&W, once again it’d changed the root beer world. See how it rates against other root beers.